EastEnders News: Rita Simons Has A Few Things To Say About Roxy’s Death 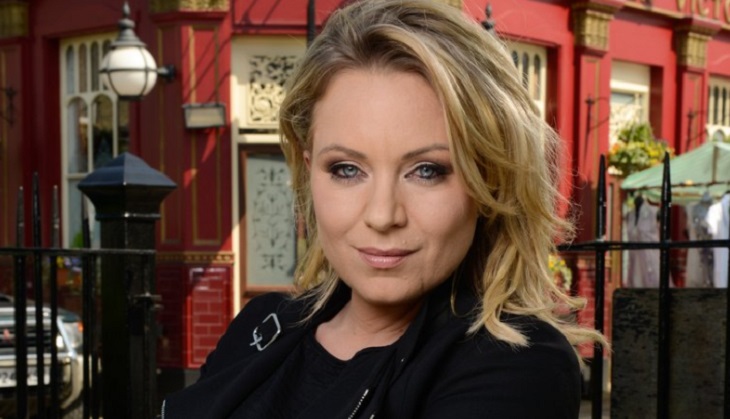 Rita Simons played the famous Roxy Mitchell on EastEnders from 2007 to 2017. She spent the decade swallowed up in constant drama, she was the square’s party girl. Even though she was a mother of young Amy (Abbie Knowles) this never slowed her down.

In fact, one of her last story lines involved drug smuggling. But sadly her and her sister Ronnie (Samantha Womack) left the show early this year in a dramatic drowning accident. The two sisters left the show as they entered it, together.

They flew in from Ibiza back in 2007 looking to reconnect with their family. They died together on news years day, Roxy trying to save a drowning Ronnie. But sadly, she suffered a shock heart attack meaning both sisters drowned in a swimming pool.

Related: EastEnders Spoilers: Will Justice Be Served In Walford?

At the time fans were heartbroken, after a decade the Mitchell sisters had become fan favourites. And it turns out Rita wasn’t happy with the decision either. She told The Mirror this, “We really loved those characters. We both found watching our death scene really distressing.” She went on to complain that she did not agree with the way that Ronnie and Roxy died. She said it was “harsh” and “traumatic.” Their deaths made headlines back in January as the stunt took a lot of effort to film and it was heart-breaking to see them go.

She also confessed that she missed being on the show and her co-worker Samantha. As she no longer sees her as often. But don’t fret the two are still in contact and are real life best friends. But what are they up to now they’re not on the soap?

Samantha is staring in an onstage production of The Addams family, she is playing Morticia Addams. Rita is also hitting the stage as she will be appearing in Legally Blonde the Musical later this year as Paulette Bonafonte. Do you think that the Mitchell sisters should have died so harshly? Or did they have it coming?

EastEnders Spoilers: Martin and Stacey Fowler Headed For a Divorce?