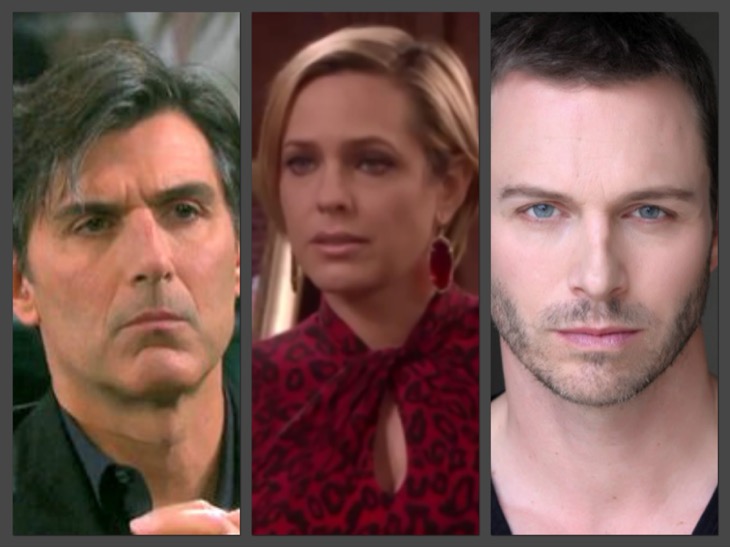 “Days of Our Lives” spoilers teased that Brady Black (Eric Martsolf) would do a dirty deed. Fans quickly found out what that was. However, everyone is a bit surprised with Nicole Walker’s (Arianne Zucker) reaction after finding out. Does she have a double standard, especially since Deimos Kiriakis (Vincent Irizarry) did the exact same thing, not once, but twice.

More recently, things did not look good for Nicole. So, Brady did pretty much the same thing. He didn’t need to bribe the judge, but did threaten him.

Even though it worked, isn’t it a double standard for Nicole to murder Deimos for it, but view Brady as her hero? It is true that the circumstances are a bit different. Deimos took Holly away and Brady brought the two back together. However, this could also come back and bite Nicole later on.

“Days of Our Lives” spoilers teased that Nicole would find out about Brady’s dirty deed. Just when he saw “Ericole” holding hands, he made sure to bring up how Eric Brady (Greg Vaughan) wasn’t the hero. He bragged that her getting back Holly was all his doing.

It wasn’t just the confession either, it was the tone Brady used when he talked about it. As “Bricole” hugged, the look in Brady’s eyes was haunting. He is determined to hold onto Nicole and doesn’t care what he has to do in order to make that happen.

Quite honestly, he is turning into a bit of a villain, at least in the love department. Some fans are worried about what kind of Brady we are going to be seeing in the future. What is even more concerning is Nicole’s reaction to his bad behavior.

When Deimos bribed the judge the first time, when they were still together, it failed horribly. Chloe Lane (Nadia Bjorlin) ended up winning custody and Nicole hated Deimos for it. So, what makes Brady’s actions so noble? Would she had reacted differently if the plan didn’t work in Nicole’s favor?

Brady isn’t going to win Nicole in the end. “Days of Our Lives” spoilers tease that something will happen that will cause the love triangle to come to a head. It sounds like Brady will end up losing Nicole forever.

Make sure to tune into the NBC soap and check back with Soap Opera Spy often for the latest “Days of Our Lives” spoilers, new and updates.