Days of Our Lives Spoilers Week of May 22 to 26: Brady Shares Tearful Farewell, Slips Into a Coma – Deimos’ Phony Rescue Is Foiled 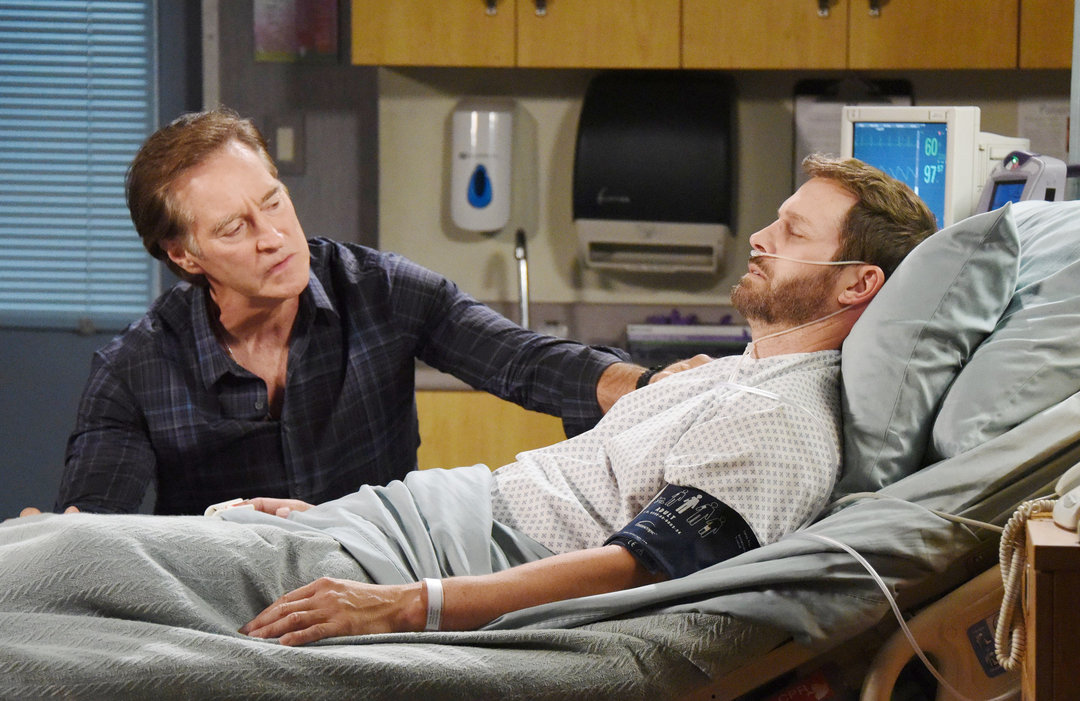 “Days of Our Lives” spoilers for the week of May 22-26 tease that Brady (Eric Martsolf) will begin to slip away. He’ll feel himself fading, so he’ll insist on saying some tearful goodbyes. John (Drake Hogestyn) and Marlena (Deidre Hall) won’t want Brady to give up his fight. They’ll beg Brady to hang in there, but he won’t know how much longer he can last.

Brady will thank Marlena and John for all the love they’ve shown him. He’ll bid them both farewell as he prepares to drift off. “Days of Our Lives” spoilers say Brady will have have a chat with Tate, too. He’ll explain that he’s not going to be around anymore. Brady will hate leaving his son behind, but he’ll promise Tate that he’ll be taken care of.

Fortunately, “Days” spoilers state that Brady will survive this ordeal. He’ll eventually get the heart he needs, but he’ll slip into a coma for now. Meanwhile, major drama will go down in Greece. DOOL fans know there’s a posse on the hunt for Deimos (Vincent Irizarry). They’re also hoping to figure out where Nicole (Arianne Zucker) and Eric (Greg Vaughan) are stashed.

“Days” spoilers indicate that Hope (Kristian Alfonso), Lani (Sal Stowers), JJ (Casey Moss) and Eli (Lamon Archey) will all get a huge lead. Sonny (Freddie Smith) and Paul (Christopher Sean) will grab one of Deimos’ henchmen. It appears this minion will offer some details about Deimos’ plan.

DOOL viewers will recall that Deimos roped Xander (Paul Telfer) into this risky scheme. He ordered Xander to snatch Nicole and hold her hostage. Deimos intended on saving the day and winning Nicole back, but that’s not going to happen. He’ll be furious when Hope and the others burst in. Deimos will realize that his whole plot has fallen apart.

“Days of Our Lives” spoilers say Nicole and Eric will be distraught when they get updates on Brady’s condition. They’ll learn that he’s dying and there’s nothing his doctors can do about it. Nicole will somehow manage to avoid being taken into custody. However, she’ll still take a trip back to Salem to see Brady.

Nicole and Eric will go incognito next week, but that plan won’t pan out either. Things aren’t going well for most DOOL characters at the moment! We’ll keep you posted as other news and rumors emerge. Stay tuned and don’t forget to check Soap Opera Spy often for the latest “Days of Our Lives” spoilers, rumors, updates and news.