Arianne ZuckerDays of Our Lives

‘Days Of Our Lives’ News: Shawn Christian Didn’t Quit DOOL, He Was Fired And Arianne Zucker’s NOT Happy About It 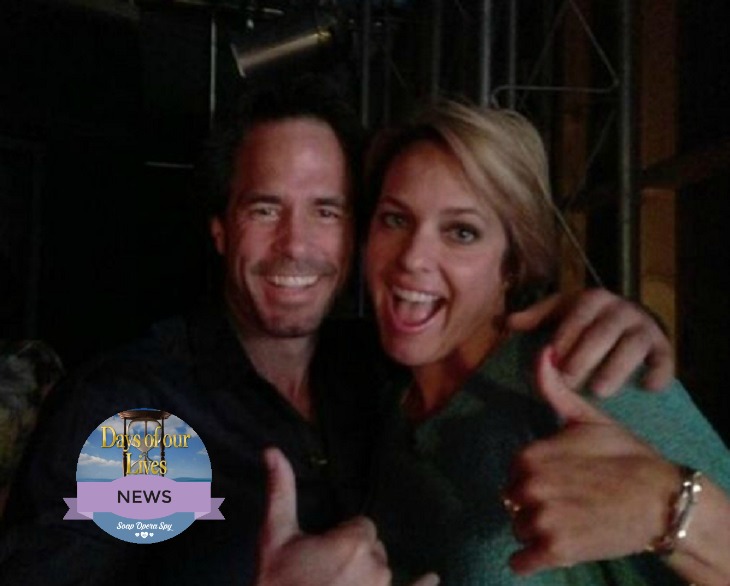 Arianne Zucker (Nicole Walker) just dropped a bombshell about the real reason Shawn Christian (Daniel Jonas) left, “Days of Our Lives.”  Was he actually fired instead of leaving of his own accord as viewers were led to believe?

Zucker, who rocked the world this week when she revealed that she’s also leaving the sudser, told Soap Opera Digest that Christian’s exit was a real shocker to her. At the time the two were also an onscreen couple.

Wow, that’s news to us! But considering the source, we’d have to say it’s definitely credible.

Christian’s departure was announced in June 2015, and he remained onscreen until January 2016. His exit came in the form of a grand, soap opera-esque send-off.

Saintly Dr. Daniel was killed by a drunk driver who also happened to be his best friend and an ex-priest.

Nicole has never gotten over Daniel and apparently ghost-Daniel hasn’t moved on either. His gauzy apparition has appeared to Nicole on at least two occasions. Each time the kind-hearted doctor has urged her to get on with her life, even if it meant hooking up with dastardly Deimos (Vincent Irizarry).

Related: Days of Our Lives: A Complete History of the Long-Running Soap Opera

Apparently Zucker made up her mind two years ago that she would leave the soap at the end of her contract. She sure can keep a secret, right?

Zucker debuted as the original Nicole in 1998. She was off screen from 2006 to 2008. She met Kyle Lowder (ex, Brady) on the soap and the two married but eventually divorced. They are parents to a 7-year old daughter, Isabella.

So, what’s up next for Zucker? She has a film deal in the works and her agent is actively looking for suitable work and roles for the star.

“I’m just appreciative of my 18 years and the life that the show has given me has been incredible,” she says. After nearly 20 years on DOOL, Zucker deserves to spread her wings and explore her options. Good luck Arianne!

‘The Young And The Restless’ News: Shemar Moore Returns To CBS