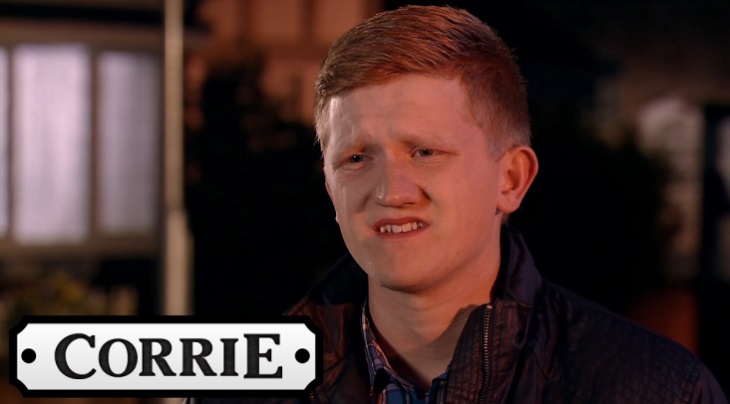 Sam Aston has played Chesney Brown since 2003, he started on Coronation Street at the tender age of just 10. He grew up on the set of the soap and we have enjoyed watching him turn into a young man. Chesney is a fan favourite as he is a polite and charming young man. Who rarely gets into trouble. Well, until recently that it. It seems that Chesney may be leaving after a decade.

Chesney has been spotted at the airport, which sadly means he is going to leave Weatherfield for good. The young lad has been suffering from terrible panic attacks ever since he was the victim of a stabbing. Living so close to where he was attacked is wreaking havoc on his health. The panic attacks are getting so bad that he even left a young child on the bus and has been seen having a meltdown. Chesney has become emotional and distressed by the incident and no longer seems the cheeky young man we once knew.

There have been photographs seen of Tyrone (Alan Halsall) hugging Chesney goodbye after dropping him off at the airport. He also takes out a large suitcase which indicates that this is it for Ches. The pair have been close for many years and there is a very emotional goodbye. Chesney has little family left on the cobbles and wants to start over somewhere that does not give him constant reminders of the attack.

However, there may be a twist. Chesney was spotted on the phone with a very concerned look on his face. Will whoever is on the other end of the phone convince him to stay? It is still open ended to whether or not Chesney will actually get on the plane. Even if he does leave thankfully there is always the chance he may return at a later date.

Do you want Chesney to stay on Corrie?  Share your thoughts in the comments below!