‘The Young and the Restless’ Spoilers Week Of Sept 12-16: Affair Exposed – Jack Confronts, Phyllis and Colin, Asks Billy If He Loves Phyllis 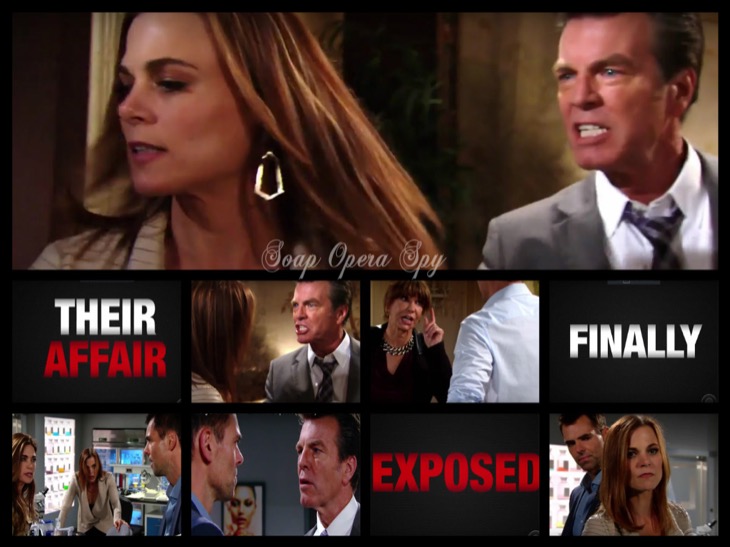 “The Young and the Restless” (Y&R) spoilers for the week of Monday, September 12th through Friday, September 16th tease that Billy (Jason Thompson) and Phyllis’ (Gina Tognoni) affair will finally be exposed. This is what all of you Y&R fans have been waiting for!

The guilt has been eating at Phyllis for quite some time now and she finally sits down and has a talk with Jack (Peter Bergman). She continues to hide the truth but she will not be able to for much longer.

In the CBS Young and Restless promo video you see Collin (Tristan Rogers) talking to Jill (Jess Walton) saying “Billy and his brother’s wife.” You also see Jack telling Collin “What do you say we do business” and dumping a huge pile of money in front of Colin.

“The Young and the Restless” spoilers for the week of September 12th-16th reveal that Collin will keep digging until he gets the truth out of Jill about the affair. Then he goes to Jack telling him that he has some information that he will wanna know but of course it comes with a price, one million dollars.  It looks like Jack pays it.

So Y&R fans are you ready for the truth to come to light? Spoilers also tease that Jack and Phyllis decide to start over and go get counseling and there he starts realizing there is more going on with Phyllis then just the Marco (Peter Bergman) deal.  Jack confronts Billy and asks him, “Are you in love with my wife?”

So who do you think it will be that exposes the truth to Jack? We have all noticed recently on Y&R that Ashley is beginning to put things together.  Ashley confronts Billy and asks him, “So you and Phyllis, am I right?” Does Billy admit the truth and will Phyllis be the one to tell Jack the truth?  Add to this Victoria confronts Billy too and says, “Have you two been sleeping together?” and it looks like Billy’s whole house of cards is falling apart.

So Y&R fans looks like we have an explosive week heading our way and you won’t wanna miss it. So don’t forget to tune into CBS’s “The Young and the Restless.” Also, don’t forget to check often with Soap Opera Spy for all your latest Young and Restless spoilers, updates, news, and more.

This week their affair will finally be revealed! You don't want to miss a moment of #YR next week!

‘The Bold and The Beautiful’ Spoilers Week Of Sept 12-16: Family Goes Ballistic About Engagement – Steffy Freaks At Eric, Vows To Bring Quinn Down