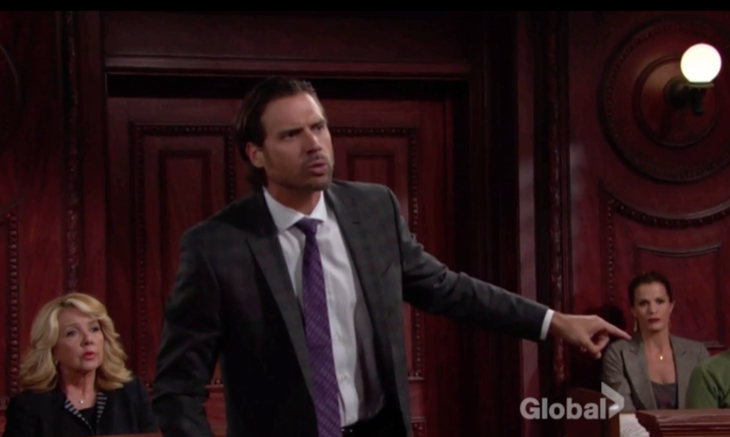 “The Young and the Restless” spoilers for Wednesday, November 30, tease that Nick (Joshua Morrow) will claim Dylan (Steve Burton) and Sharon (Sharon Case) can’t be trusted around Christian. In court, Dylan insists they’ve done nothing but love the baby. Sharon suggests she’s the only one to blame and Nikki (Melody Thomas Scott) pipes up to agree.

The judge wants everyone out except Nick, Sharon, Dylan and their attorneys. He notes that he doesn’t see a real threat to Christian’s well-being, but he grants a temporary restraining order anyway. The judge thinks it will ease Nick’s mind while he decides this case. 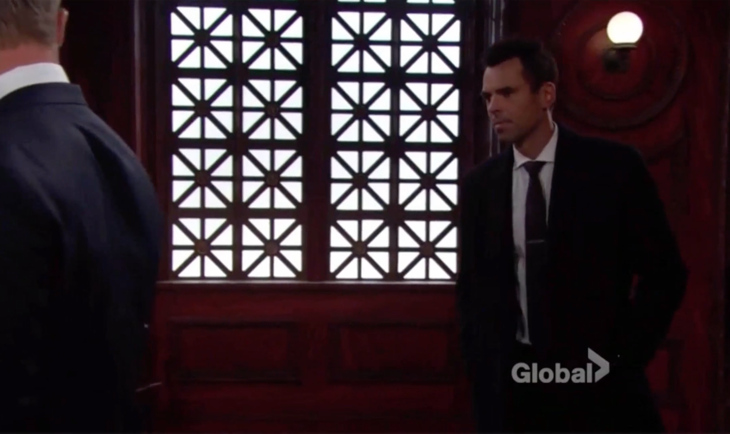 Travis (Michael Roark) joins Victoria (Amelia Heinle) and Billy’s (Jason Thompson) tense discussion. Victoria goes home with Travis and demands the truth about Michelle (Kelly Frye). He states that the pressure finally got to him. Victor (Eric Braeden), Billy and all of the other stresses just added up.

Travis admits that he got drunk and slept with Michelle after his last fight with Victoria. She rants about Travis proposing out of guilt and eventually tosses his clothes at him. Victoria wants Travis out of her house by the time she returns. As she stomps off, Victoria hurls her engagement ring at Travis.

Related: Travis is Cocky and Dishonorable – Can Character Be Fixed?

At Brash and Sassy, Billy tells Jill (Jess Walton) about his confession. She wonders why he looks so glum. Billy encourages Jill to have a heart. Travis cheated with his ex and Victoria is in pain. Jill agrees that she won’t make things worse.

Later, Victoria shows up and says she hopes Billy is happy. She reveals that Travis is moving his things out of the house. Billy insists that he’s sorry it had to happen like this. He tries to pull Victoria close, but she resists at first. Victoria finally breaks down in tears.

At GC Buzz, Hilary (Mishael Morgan) gripes about the footage she got. She doesn’t think any of it will grab viewers. Hilary hopes Mariah (Camryn Grimes) will spill something. Mariah maintains that she’s told Hilary everything she knows. Hilary continues to push Mariah. She hints that the whole story will come out eventually.

A girl comes in and tells Hilary that she babysat Sully for Sharon. She claims she saw how it all played out. Mariah brushes her off as an attention hog, but Hilary is interested. When she sits down for an interview, the girl suggests she can say whatever Hilary asks her to.

Later, Devon (Bryton James) gets updates on the situation. He learns Hilary decided not to air the footage since the girl just wanted her 15 minutes of fame. Meanwhile, Nick (Joshua Morrow) lashes out at Chelsea (Melissa Claire Egan) for her initial silence. He feels like Chelsea should’ve told him about Sharon’s visit immediately.

Chelsea thinks Nick should be happy that she tried to help him. Elsewhere, Sharon expresses her frustration with Chloe (Elizabeth Hendrickson). She thinks Chloe sank Dylan’s chances by blabbing to Chelsea. It looks like this budding friendship is already facing drama. “The Young and the Restless” fans will be anxious to see if they can sort it out.

Chloe’s relationship with Chelsea will also take a hit. They’ll be miffed with each other when they return home. There are some trust issues developing here. Chloe will propose that she needs to find somewhere else to live. Chelsea will agree that it’s for the best.

Related: Chloe Injects Herself Into Christian Issue – Troublemaker Doesn’t Know When To Quit 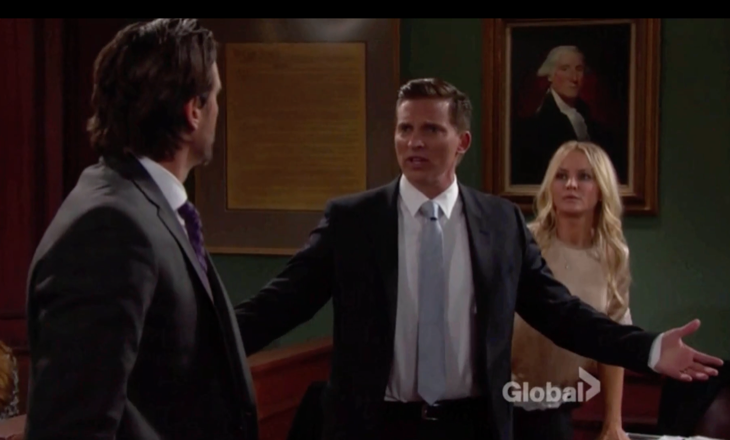 Other “Young and the Restless” spoilers say Dylan and Sharon will talk about what happened in the courtroom. At their house, Dylan will urge Sharon to respect the judge’s wishes and stay away from Christian. They can’t risk blowing this. Sharon assures Dylan that she won’t make that mistake.

At the ranch, Nikki and Victor (Eric Braeden) argue about which son she should support. Victor contends that Nikki needs to stand by Nick. When Nick enters, he reminds Nikki that this is his child. Victor hints that sometimes you just have to make tough choices. Y&R rumors hint that several characters will face difficult decisions in the coming weeks.

It sounds like things are really heating up in Genoa City. We’ll keep you posted as more news comes in. Stay tuned to Y&R and don’t forget to check Soap Opera Spy often for the latest “Young and the Restless” spoilers, rumors, updates and news.

WATCH: ‘The Bold and The Beautiful’ Preview Video Wednesday, November 30