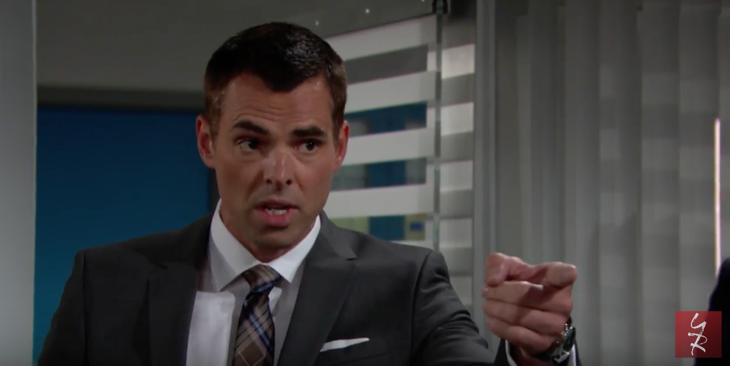 “The Young and the Restless” spoilers for Wednesday, August 24, tease that Phyllis (Gina Tognoni) will give Victoria (Amelia Heinle) updates on Adam’s (Justin Hartley) situation. At Jabot, Phyllis delivers the news and hears about what happened with Travis (Michael Roark). Victoria couldn’t get Travis to return, but they did share some special moments before she came home.

Phyllis will fantasize about dancing with Billy (Jason Thompson) after their marriage, but Jack (Peter Bergman) will cut in and burst her bubble. At the Brash and Sassy office, Jill (Jess Walton) and Colin (Tristan Rogers) will cozy up to each other. When Billy and Cane (Daniel Goddard) show up, an argument breaks out.

Billy rants about Victoria, but Jill suggests he should’ve given her a reason to stick around. Billy tells his mother that she knows best. He says Jill doesn’t need him just like he doesn’t need her. Billy announces that he’s quitting. Cane ridicules him over his outburst, so Billy changes his mind.

Youn Might Also Like —> Adam’s Guilty Plea Balances Scales Of Justice – Is He Ever Getting Out Of Prison?

However, Billy still wants Jill to back off and butt out. He tells Colin to make Jill stop interfering. Cane questions Jill about why she’s sparking this war, but she assures him that she just wants what’s best. That goes for the company as well as Billy’s love life.

At the athletic club, Lily (Christel Khalil) pesters Neil (Kristoff St. John) about his parents. He insists that he’s made peace with them being gone. Hilary (Mishael Morgan) overhears and looks peeved. Neil walks off to speak with Jack, so Lily uses the opportunity to grill Hilary. She wants to know what the situation is with Neil’s parents. Hilary confesses that Neil cut them out of his life. 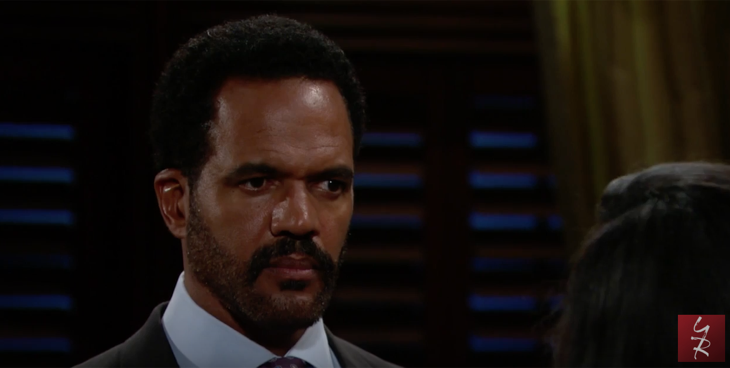 Meanwhile, Jack and Neil have a chat about marriage, family and trust. In her suite, Hilary pulls out unanswered letters from Neil’s mom. She sent some to Neil as well as some to Devon (Bryton James), Lily and the kids. Hilary admits that Neil trashed them while they were married. She thought he might change his mind one day, so she saved them. Lily is shocked by the revelation.

Youn Might Also Like —> Phyllis Attempts To Accept Summer’s Wedding – Will ‘Suca’ Make It Down The Aisle? 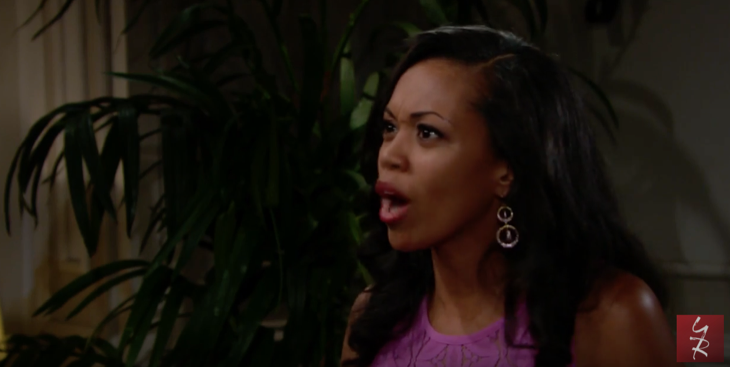 Hilary meets up with Neil later and confronts him about his lies. She wants to know why Neil can’t forgive his own mother. Neil suggests that his mom wasn’t happy and may have been unfaithful. Whether she was thrown out or left on her own, Neil just doesn’t care anymore.

Elsewhere, Lily goes over what she’s learned with Cane and Devon. After he hears about the letters, Devon tracks down Neil. He wants answers about the secrets Neil has been keeping. Neil maintains that the past should be left in the past.

In the dining room, Jack informs Phyllis that Hilary just scored a hefty donation for the foundation. Phyllis makes some sarcastic remarks, but Jack tries to lighten the mood with some dancing. Phyllis recalls her fantasy from earlier and tries to pull away. Jack encourages her to continue. Phyllis hints that she’d like to be a bride again and Jack leans in for a kiss.

Other “Young and the Restless” spoilers say Victoria and Billy will have a deep discussion. At Victoria’s place, she’s surprised to see Billy. He points out that Colin is in town and is staying with Jill at the mansion. Victoria says Billy can stick around for the night. Talk turns to Travis and Victoria admits she wanted to stay with him.

Billy says Victoria could’ve stayed if she wanted to. He could’ve taken care of the kids and held down the fort at work. Billy thinks Victoria is scared now that she’s in love again. Victoria suggests that Billy gets it. He’s obviously found someone special, too. Victoria confesses that she enjoyed sleeping with Travis during her trip, but it only made things more complicated.

Victoria leaves the room to get some blankets and a pillow for Billy. He’s gone when she gets back. At the mansion, Colin wants to know what Jill’s plotting. He suspects she’s holding out on him. Colin urges Jill to let him in the loop on what she’s uncovered.

If Jill tells Colin about Phyllis and Billy’s affair, there’s going to be big trouble. Colin can’t be trusted. Regardless, Y&R rumors hint that the explosive reveal will really shake things up on the CBS soap. Stay tuned to see what’s in store.