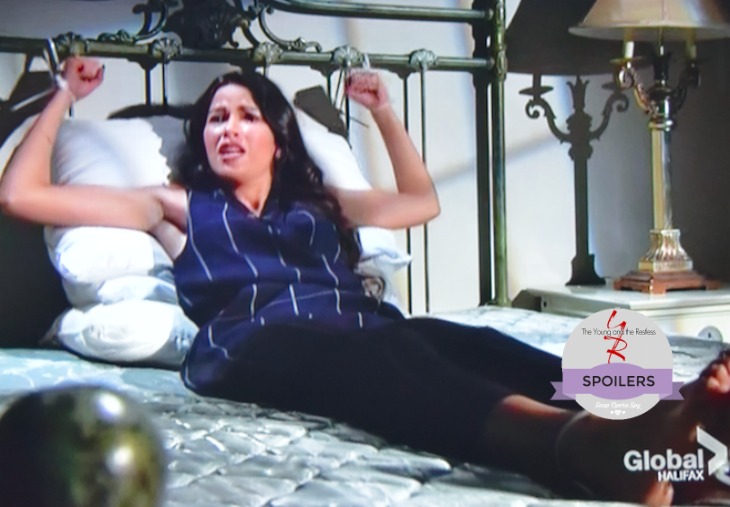 “The Young and the Restless” spoilers for Tuesday, January 19, tease that Abby (Melissa Ordway) will worry about her relationship with Stitch (Sean Carrigan). At the athletic club, Abby remembers Stitch telling her she knew nothing about love. Devon (Bryton James) walks over and notices Abby seems troubled. He thinks it’s about work and offers to let her come on board with Dr. Neville’s (Michael E. Knight) project.

Abby confesses that it’s not about her job. She’s concerned about how things are going with Stitch. Talk turns to Hilary (Michael Morgan) and Abby provides reassurance. She thinks Hilary will come around on the idea of a relationship with Devon. Abby brings up Max (Jared Breeze) and how his arrival has thrown her for a loop. 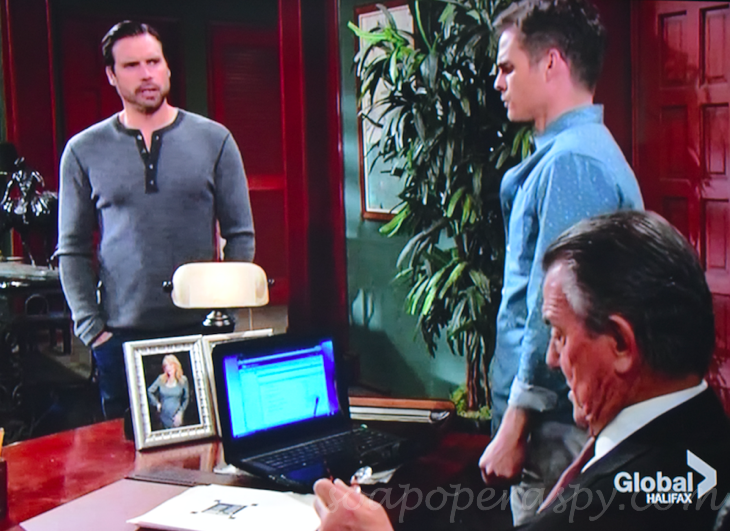 At Newman Enterprises, Nick (Joshua Morrow) wonders what girl Victor (Eric Braeden) and Kevin (Greg Rikaart) are talking about. They make an excuse and Kevin exits. Nick presses for answers about Adam (Justin Hartley). Victor insists that everything is under control and Adam will be back soon.

Nearby, Noah (Robert Adamson) doesn’t want Luca (Miles Gaston Villanueva) to confront Victor about Marisa (Sofia Pernas). Kevin appears and they urge him to look at the surveillance footage. When Kevin informs them that he can’t, Noah says Luca should turn to his father for info. 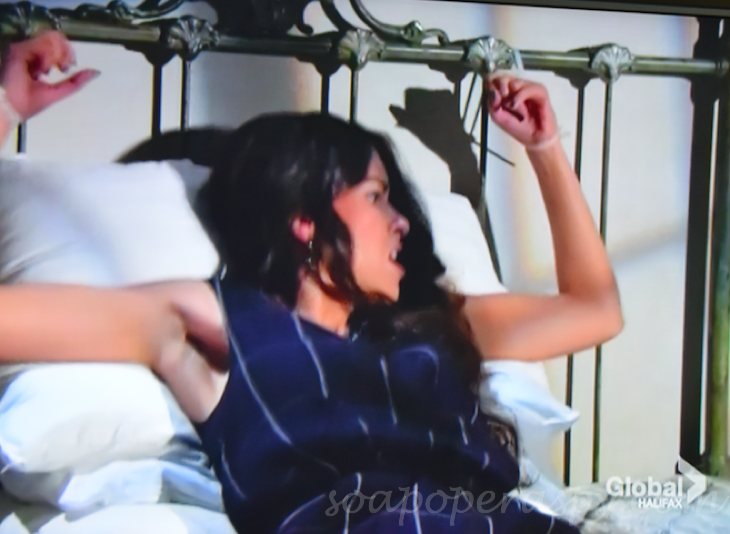 Back in Victor’s office, Kevin returns and Victor says he’s trading Marisa for Adam. Kevin thinks the ransom note may not be from the Santoris. Victor suggests that Kevin should trace it. He also contacts the email address for proof that they indeed have Adam. They reply with a picture of Adam tied up. Elsewhere, Marisa screams for help while tied to a bed. 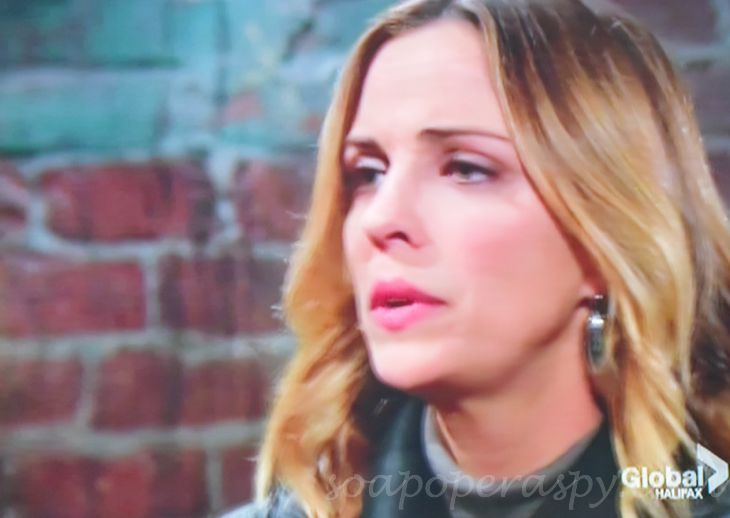 At Crimson Lights, Chelsea (Melissa Claire Egan) and Sage (Kelly Sullivan) talk about whether Victor would put Adam in harm’s way. Nick shows up and says he couldn’t much out of Victor. Chelsea gets upset and leaves. Sage notices Dr. Anderson (Elizabeth Bogush) after she walks in. She yells at the intrusive doc to stay out of their lives. 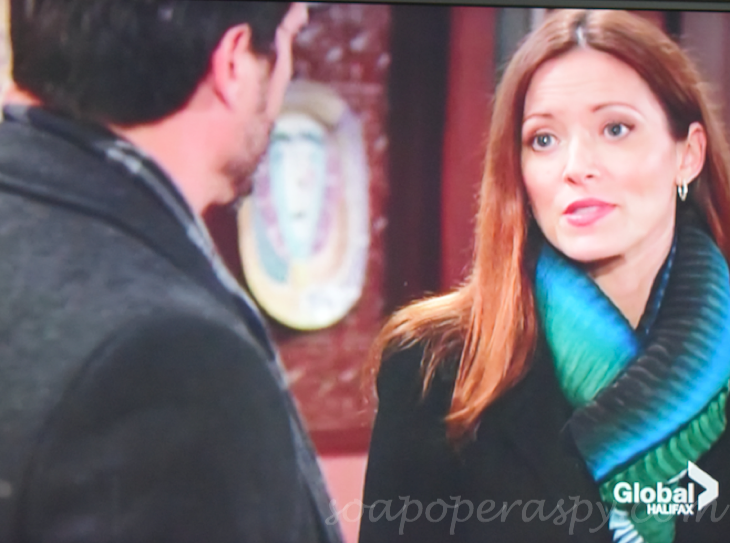 Nick is shocked by Sage’s strong reaction, but she thinks he needs to open his eyes. Sage insists that Dr. Anderson is up to something. A little later, Dr. Anderson comes back and finds Nick alone. He brings up Sage’s concerns and points out that Dr. Anderson wanted to speak to him without Sage around. Nick says Sage thinks Dr. Anderson has an agenda and he’s starting to agree. 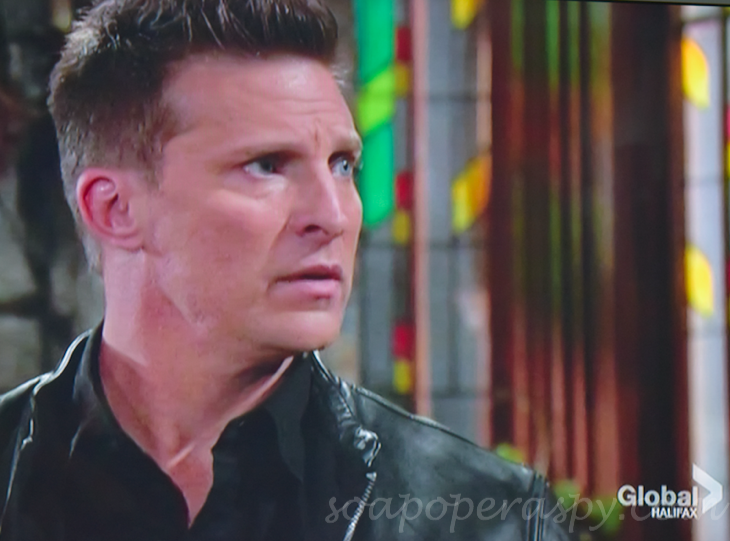 At the hospital, Sage tries to get to the bottom of the situation. She asks about Dr. Anderson’s background and credentials. Meanwhile, Sharon (Sharon Case) voices her displeasure after she hears Dylan’s (Steve Burton) detective news. Dylan feels this is something he has to do. He hoped Sharon would understand. She clearly does not. Chelsea arrives and gives them updates on Adam’s disappearance. She wants Dylan to help out.

You might also like —>  Adam Kidnapped – Who Has Him and What Will it Take to Get Him Back?

In Natalie’s (Mara McCaffray) suite, Mariah (Camryn Grimes) urges her not to run. She says Natalie needs to fix the bugs in the program. Kevin shows up and agrees that Natalie is “the girl” in the ransom note. Mariah thinks Kevin needs to convince Victor he has it wrong. Marisa’s life could be at stake.

Dylan calls Kevin to the police station and he heads over. Once alone, Natalie and Mariah hear a noise. Mariah checks it out and Natalie vanishes. Later, Natalie arrives at Newman Enterprises and states that Victor has the wrong girl. 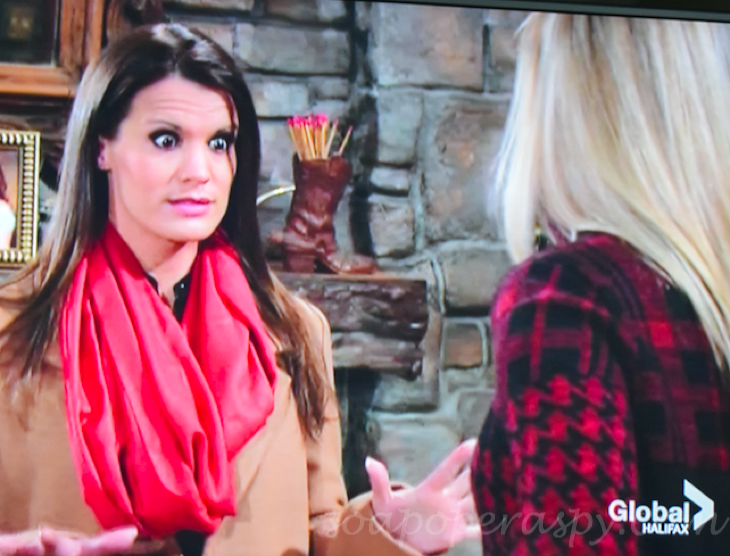 Other “Young and the Restless” spoilers reveal that Sharon will try to put a stop to Dylan’s attempt to assist Chelsea. She indicates that it’s dangerous and she won’t let Dylan confront Victor. Chelsea urges Dylan to go ahead and he exits. Sharon lashes out at Chelsea. She thinks Chelsea is being selfish. Chelsea mentions that it seems like Sharon’s real beef is with Dylan.

Sharon calms down and they bond over the fact that they’re both trying to change the men in their lives. Chelsea is still worried about Adam, but Sharon insists that Dylan can locate him. Will Dylan save the day? Y&R rumors hint that danger is ahead. Stick with the CBS soap to see what’s in store.

‘Days Of Our Lives’ RUMOR: Jennifer Horton Struggles With Pain And Anxiety After Accident – Downward Spiral And Painkiller Addiction Coming?