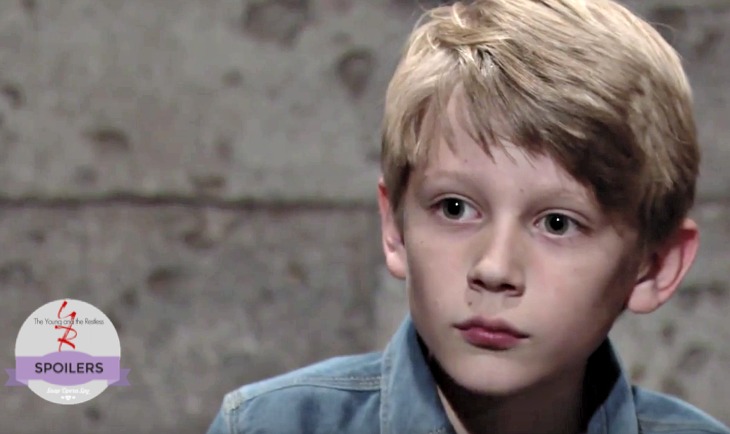 “The Young and the Restless” spoilers for Thursday, April 21, tease that an ambulance will be called for Abby (Melissa Ordway). At the bottom of the staircase, Abby tells Stitch (Sean Carrigan) that she feels like something’s wrong. Max (Jared Breeze) glares nearby. 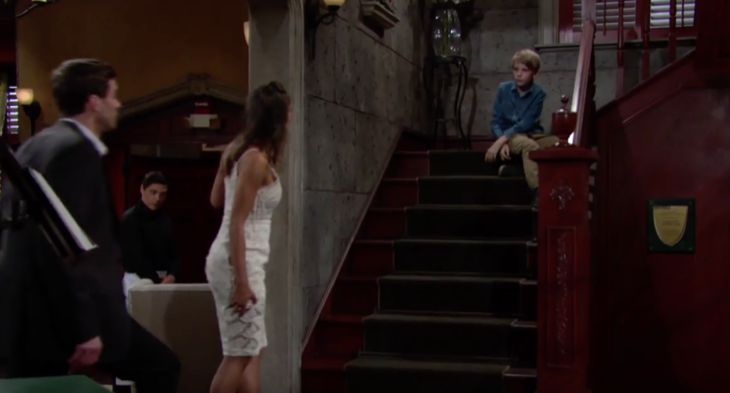 As Abby leaves for the hospital, Cane (Daniel Goddard) and Lily (Christel Khalil) find Max near the spot where Abby fell. They wonder what Max is doing. He comments on the carpet possibly being loose.

Cane mentions taking a look at the security camera footage and Max gets nervous. Lily checks the footage and she says it appears Abby just fell. In a suite, Max puts the fishing line in a wad of paper. It goes in the garbage can. 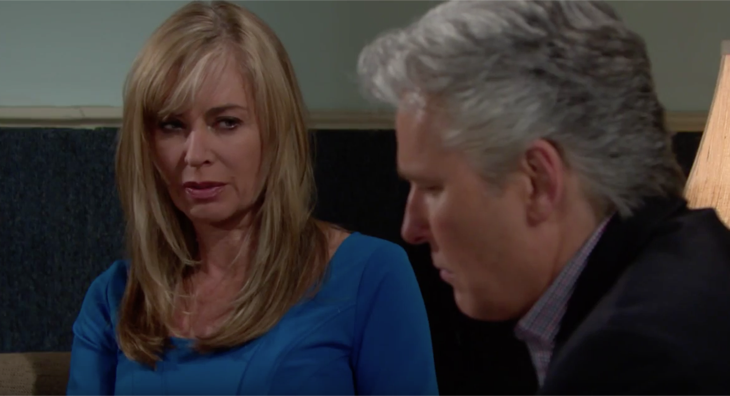 Meanwhile, Ashley (Eileen Davison) questions Dr. Neville (Michael E. Knight) about his medical opinion. Dr. Neville admits that it would be tough for the baby to survive that kind of trauma. Ashley is grateful he was willing to be honest with her.

Stitch tries to stay upbeat as they wait to hear the fate of their little one. The doctor does an ultrasound and gives them the news that the baby didn’t make it. Abby heads off to surgery while Stitch gives updates to their loved ones. Stitch starts to cry and Ashley pulls him close. Later, Dr. Neville approaches Ashley and says the baby was a girl.

Other “Young and the Restless” spoilers indicate that Abby will feel some guilt over the whole ordeal. After the surgery, Stitch insists that Abby isn’t to blame for the accident. Elsewhere, Adam (Justin Hartley) fills Chelsea (Melissa Claire Egan) in on his conversation with Victor (Eric Braeden). He gripes about his father’s mind games.

Chelsea suggests Adam should be the CEO of Chelsea 2.0, but he’s not sure she’d like being around him constantly. When Chelsea persists, Adam says he’s in. At Dylan (Steve Burton) and Sharon’s (Sharon Case) place, Nikki (Melody Thomas Scott) waltzes in. Sharon is stunned to learn her mother-in-law is moving in. Nikki takes a few jabs. 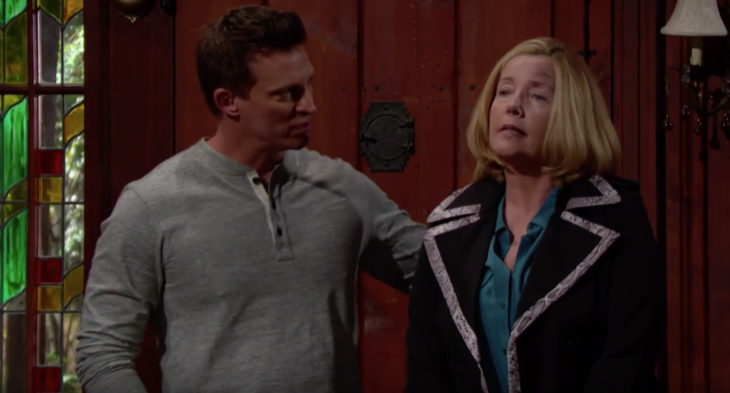 When Dylan leaves, Sharon tries to be nice. Nikki thinks Sharon should drop the act. An argument gets underway and nasty names are thrown around. Dylan returns and urges Nikki to put the past behind her. 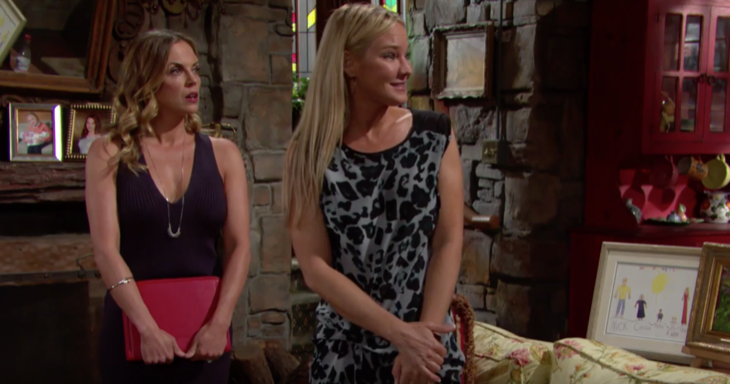 At Crimson Lights, Sage (Kelly Sullivan) goes along with Sharon’s plan. She uses Dylan’s computer to do a background check on Nurse Stevens. Once Chelsea and Adam come in, Sage makes up a story to cover. They let her know that Adam is the new CEO of Chelsea’s company.

Afterwards, Sage calls Sharon and says Nurse Stevens was previously a patient of Dr. Anderson’s (Elizabeth Bogush). Sage mentions Nurse Stevens was the one who informed her that Christian was dead. Y&R rumors hint that the baby bombshell is about to blow soon.

Back at the penthouse, Adam confronts Chelsea. He thinks she just wants him as CEO to keep him away from Newman Enterprises. It sounds like another tiff is brewing. Stick with the CBS soap to see if Chelsea and Adam can work through their issues.

‘Days of Our Lives’ Spoilers Thursday April 21: Hope Gets a Tip, Decides to Confront Deimos – Abigail Has a Change of Heart – Jennifer’s Addiction Worries JJ

‘The Young And The Restless’ Spoilers Friday April 22: Sharon Gets Another Clue – Stitch Questions Max – Jack Works Toward Peace with Billy