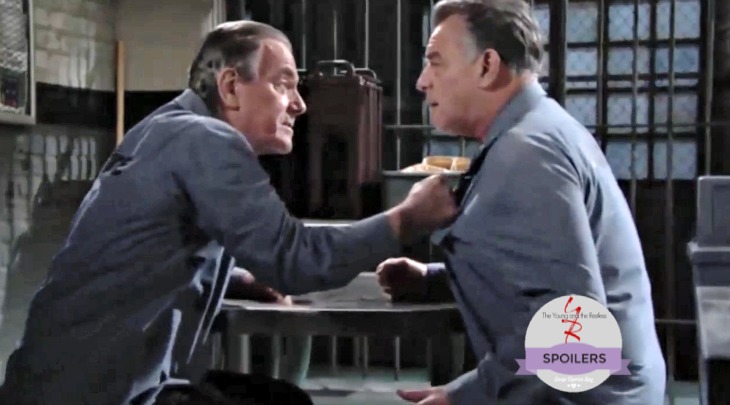 “The Young and the Restless” spoilers for Monday, April 11, tease that Michael (Christian LeBlanc) will subpoena Jack (Peter Bergman). At the athletic club, Jack takes the summons and rips into Michael for joining the Newmans’ team. Michael turns the blame back around on Phyllis (Gina Tognoni) and Billy (Jason Thompson).

Afterwards, Lauren meets up with Michael. He’s worried about Kevin (Greg Rikaart) getting caught up in the Newman and Abbott feud. Lauren suggests that everything will work out. Later, Sage (Kelly Sullivan) stops by to see Chelsea at the penthouse. She finds Adam instead. He wonders how Sage is holding up and she confesses it’s been rough.

Adam urges Sage to take her time with the grieving process. They discuss the adoption falling through and how things have been with Nick (Joshua Morrow). Sage feels like Adam always understands her. There’s a flashback of Adam saying he mourned Christian alone. Sage is grateful to have Adam as a friend.

At Sharon (Sharon Case) and Dylan’s (Steve Burton) place, she offers to come with him to meet Adam. Dylan asks if Sharon is afraid she’ll have another nightmare. Sharon admits that something is still bugging her about the night of Sully’s birth. Dylan offers reassurance and they share a kiss. He’s thankful that Sharon gave him everything he ever wanted. 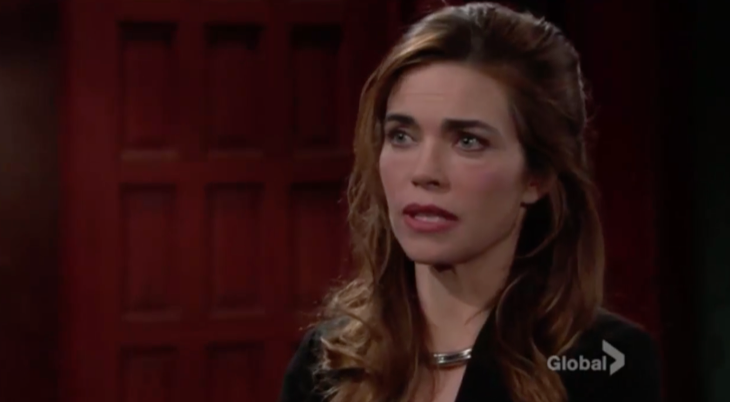 At Newman Enterprises, Nikki (Melody Thomas Scott) speaks with Nick and Victoria (Amelia Heinle) about Victor. Nikki’s upset about the stabbing and fears they’ve pushed Victor too far. Nick and Victoria remain hopeful that everything will calm down.

You Might Also Like —> Passkey Depositions Ahead, Billy Urges His Team to Lie – Summer Fears Truth Will Implicate Phyllis 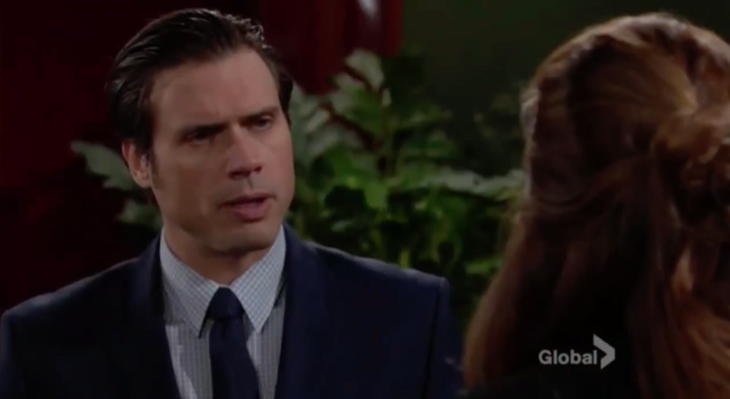 After Nikki leaves, Nick asks if Victoria has news on their dad. Victoria hints that the situation is worse than Nick thinks. Adam believes Victor could die in prison. Nick wonders about Adam’s motives, but Victoria thinks he was legitimately concerned. Jack shows up and pushes for the deal to settle the lawsuit. Victoria won’t budge and they all argue.

Jack says Victoria is acting like Victor and she urges him to leave. In the hall, Jack asks Nick to convince Victoria to change her mind. Nick steps back in the office and tries to persuade his sister. Victoria thinks Billy and Phyllis need to pay the price for their actions. Nick mentions Adam again and tells Victoria to stay on guard. 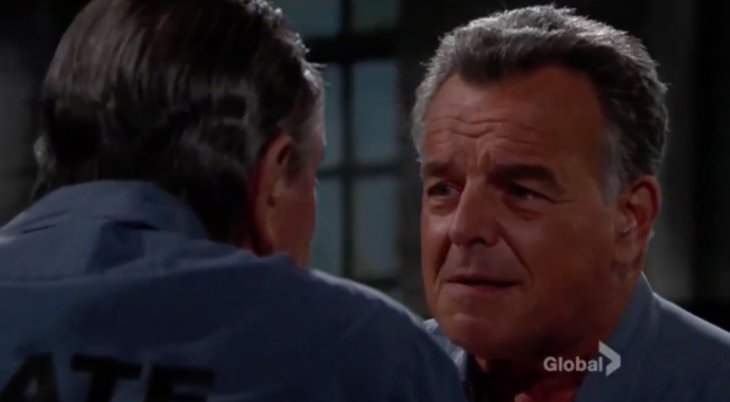 Other “Young and the Restless” spoilers reveal that Ian (Ray Wise) will irk his frenemy in the state pen. In a common area, Ian says Victor hasn’t been eating. He thinks Victor doesn’t have much strength. Victor snatches Ian’s shirt and insists he’s stronger than ever. Ian walks off and the warden comes looking for info on Vic’s attacker. Victor won’t take the risk of snitching.

Back in his cell, Victor calls Ian over and asks if the warden is truly looking out for them. Ian says yes, but he can’t protect them 24 hours a day. Talk turns to the subject of families. Ian wishes he had one like Victor’s. Afterwards, Vic has a flashback of sweet memories with Nikki. Suddenly, the lights go out and a mysterious voice says Victor is a dead man.

At the club, Nikki downs a drink and runs into Sage. They discuss the failed adoption and Nikki suggests she has the money to find Sage a baby. Sage snaps at Nikki over the baby buying idea. It’s not an accessory. Michael and Lauren watch the confrontation play out. They try to talk to Nikki, but she’s too overwhelmed.

At Crimson Lights, Adam takes Sully in his arms as he chats with Dylan and Sharon. They talk about all the loss Nick and Sage have had to deal with. Adam speaks with Dylan alone. He says Ian Ward may be after Victor. Dylan thinks other inmates are probably targeting Victor as well. Adam fears he’ll do something he’ll regret if Victor gets killed. Dylan states that he’ll try to make sure Victor is protected. 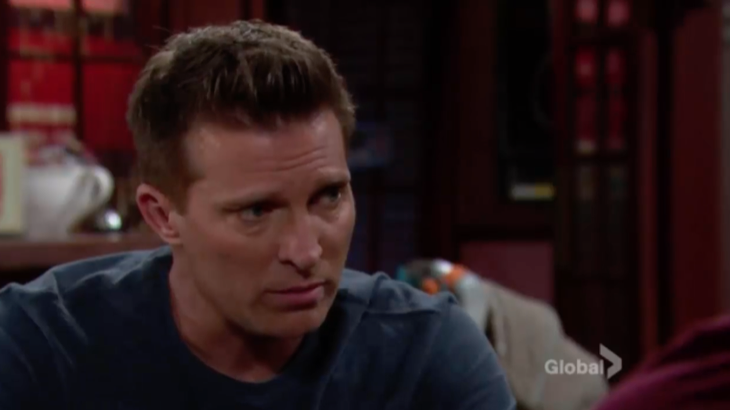 Dylan reconvenes with Sharon and gives her updates on his involvement with the Newmans’ troubles. He calls the warden and informs him that Ian is a threat. Back at Sharon’s house, Sage comes over and wants to see Sully. 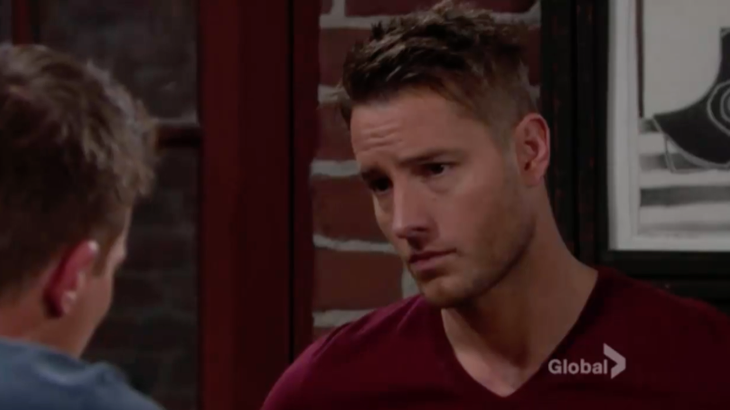 Nick arrives and wonders if Sage is OK. Sage smiles as she says she is now. It seems Sully always lifts Sage’s spirits. At the penthouse, Chelsea wonders if Adam will really have a fulfilling life without being tied to Newman. Adam indicates that his time there is done.

At the hospital, Jack finds Nikki with minor injuries. He discovers she’s been drinking and was hit by a car in the street. Nikki pleads with Jack to keep her family out of the loop. Y&R rumors hint that Nikki will continue to struggle with Victor’s drama. Stick with the CBS soap to see how much Nikki can take.