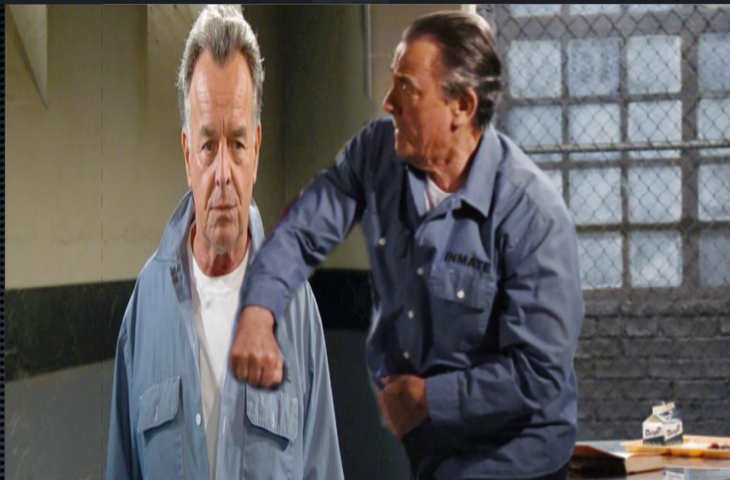 “The Young and the Restless” spoilers for Thursday, June 9, tease that Nick (Joshua Morrow) and Phyllis (Gina Tognoni) will decide teamwork is their best strategy. Nick has been worried about Summer’s (Hunter King) relationship with Luca (Miles Gaston Villanueva), but he hasn’t been able to get through to her. In fact, Nick will probably never convince Summer that Luca is bad news. That’s something Summer will just have to figure out for herself at some point.

Of course, Nick will hope that he can prevent Summer from having to learn any painful lessons. Phyllis will undoubtedly feel the same way. “The Young and the Restless” spoilers say Nick and Phyllis will join forces as they try to put a stop to this romance. Phyllis will take her turn by offering a stern warning to Luca.

In Thursday’s preview video, Phyllis urges Luca to leave town while he can. She’ll tell Luca to imagine what she could do to a “delicate flower” like him. Y&R rumors hint that Luca will have to stay on guard over the next few weeks.

It’s doubtful that Luca will back off, but at least he knows there are risks. Nick and Phyllis will make Luca pay the price if he hurts Summer or leads her astray. Elsewhere, Michael (Christian LeBlanc) will have some important updates for Adam (Justin Hartley) and Chelsea (Melissa Claire Egan). He’ll state that the lab tech is unable to testify. Adam will blurt out that he’s dead.

Michael will ask how Adam could possibly know that. Perhaps Adam will suggest that he’s aware of how Victor (Eric Braeden) operates. This death may look like a suicide, but that’s not necessarily the case. Victor could’ve sent a minion to take care of the threat if he feared the lab tech would start talking.

On the other hand, we still don’t have definitive proof that Victor is guilty of framing Adam. For all we know, it could be someone else. Regardless, Victor won’t take kindly to Ian’s (Ray Wise) attempt to point the finger at him.

Once Victor hears about Ian’s plans to make a false statement, he’ll punch his enemy’s lights out. Will Ian move forward with his scheme anyway? Stick with the CBS soap to how Ian will react to this beating.