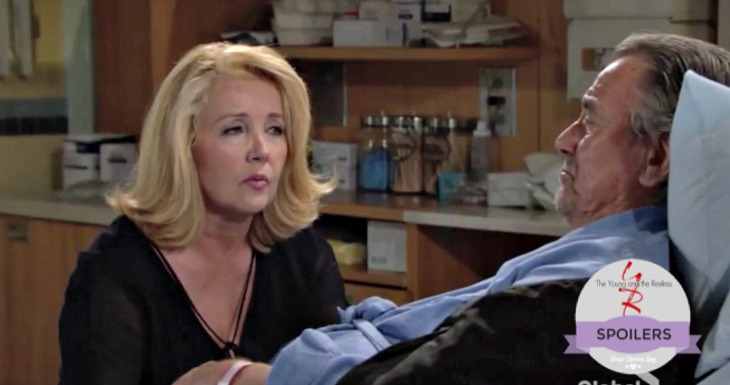 “The Young and the Restless” spoilers for Friday, July 8, tease that Stitch (Sean Carrigan) will open up to Dylan (Steve Burton). At Crimson Lights, Stitch feels terrible about everything Max (Jared Breeze) has gone through. He wishes he could change the past.

Stitch doesn’t think Abby (Melissa Ordway) really understands how he’s feeling. Dylan urges Stitch to talk things over with his wife. Meanwhile, Adam (Justin Hartley) is concerned about Victor’s (Eric Braeden) next move. He feels the need to confront his father and get some answers. 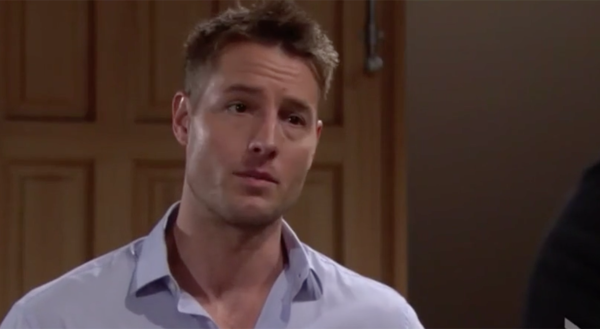 Later, Adam asks Dylan to secure a meeting. Dylan isn’t sure he can make it happen, but he’ll try. At the hospital, Abby visits Victor and offers her support. Victor is confident that he won’t be going back to the state pen.

Just outside Victor’s room, Nikki (Melody Thomas Scott) hopes to hurry the appeal process along. She wants to give her statement and get Victor out of this mess. Nikki believes Victor has suffered enough, but Paul (Doug Davidson) doesn’t agree. He suggests Victor has never shown true remorse for his evil actions. 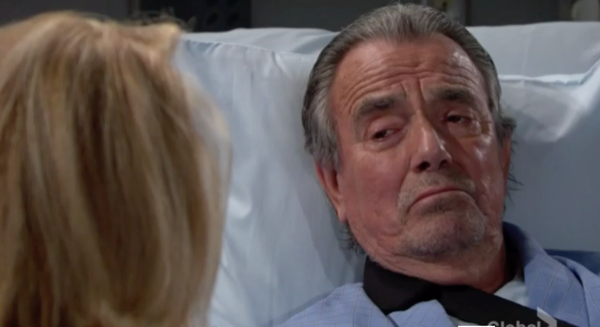 Paul agrees to let Nikki go in and see Victor. She sits by his bedside and expresses her gratitude for what he did to save her from Ian (Ray Wise). Nikki admits she doesn’t want to walk away from Victor. She’s changed her mind about the divorce. Victor says he doesn’t want to split either. Nikki is his one and only. Victor feels like they’re meant to be together forever. They both tear up and share a kiss.

Abby spots Stitch and wants to discuss Max. Stitch doesn’t think Abby gets it. He doesn’t hold her responsible for what happened, but he’s dealing with a lot. Stitch doesn’t know what to say about the whole ordeal.

Abby thinks they should plan a getaway and put their problems on hold. Stitch wants to continue working. He feels like it helps to keep his mind occupied. Back in Victor’s room, Adam arrives for the meeting Dylan arranged. They get into an argument, but Victor eventually offers a deal.

Since Victor intends on returning to Newman Enterprises soon, he wants Adam to work right beside him. If Adam comes back to the company, Victor will make sure the genuine journal entries resurface. Adam will be exonerated once there’s proof of a forgery. If Adam doesn’t do what he’s told, Victor will let Adam go to prison.

Other “Young and the Restless” spoilers say Sharon (Sharon Case) will dash around cooking and cleaning. At home, Mariah (Camryn Grimes) arrives and notices Sharon is overly peppy. Sharon starts babbling about feeling great. She thinks her secret is safe. 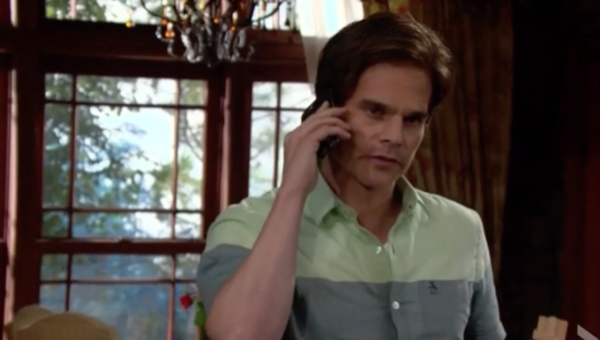 Kevin (Greg Rikaart) shows up and Sharon assures him that she’s never going off her meds again. Mariah and Kevin are cautiously optimistic that Sharon is on the right track. Kevin gets a call from Chelsea (Melissa Claire Egan) and heads off to take care of it. Sharon and Mariah embrace as Dylan walks in. He gives Sharon a kiss and seems glad she’s doing better. 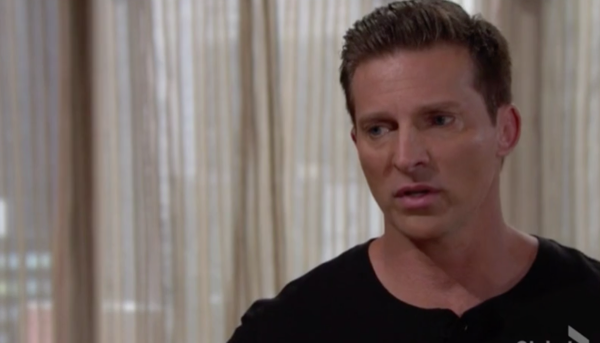 Nikki shows up and begs for Dylan’s help. She gives him the news that the divorce is off. Nikki hopes there’s something they can do for Victor. Dylan suggests that Vic’s act of bravery may improve his situation slightly. The family could make statements and a judge might reduce Victor’s sentence. 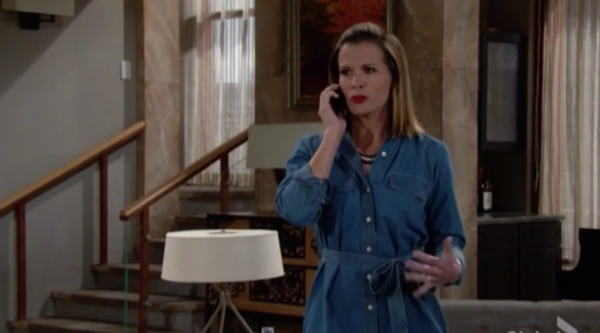 At the penthouse, Chelsea wants Kevin to get to work. They have to discover who Victor’s accomplice is. Kevin doesn’t seem entirely on board. Chelsea wonders if this is about making Adam pay for Delia’s (Sophie Pollono) death. Kevin finally relents and starts checking out the footage again.

Kevin spots the woman’s face briefly, but he just can’t get a good look. How will they crack this case? Y&R rumors hint that Victor’s secret partner could be exposed in a surprising way. Stick with the CBS soap for updates on what’s in store.

‘The Young and The Restless’ POLL: Will Stitch Turn To Ashley and Leave Abby? VOTE!