‘The Young and the Restless’ Spoilers: Anita Begs Adam To Set Chelsea Free – Will He Divorce Her? 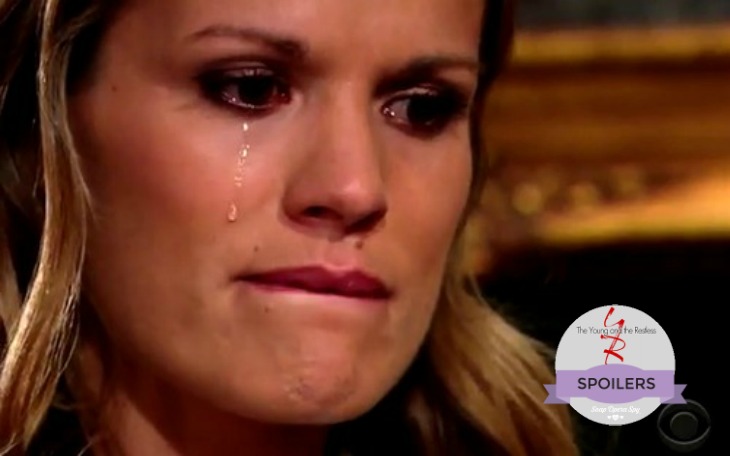 Catherine Bach’s character, Anita, often sports a light-hearted attitude that’s similar to the iconic persona (Daisy Duke) she embodied on the late-1970’s and early 1980’s CBS’ show ‘The Dukes of Hazzard’. But, Anita was forced to assume a different emotional emphasis this week on ‘The Young and the Restless’. She’s serious about protecting her daughter and actually begged Adam (Justin Hartley) to ask for a divorce so Chelsea (Melissa Claire Egan) could be set free.

Adam was sent to Walworth State Prison after being wrongfully convicted of murder. That happened after he agreed to make an Alford plea. Doing so allowed him to enter a guilty plea, but not make an admission of guilt. The writing staff of ‘The Young and the Restless’ based that plot point on a real-life Supreme Court decision.

The Genoa City court convicted Adam of murdering Constance Bingham (Sally Kellerman) and sent him to jail for 30 years. Victor’s (Eric Braeden) inability to deliver on a promise he made convinced Adam that his father has no intentions of removing the frame he placed over him. As Sage’s (Kelly Sullivan) real journal pages remain missing, Adam understandably believes that he might spend the next three decades behind bars.

So, current circumstances explain why Adam asked Michael (Christian LeBlanc) to help create distance from Chelsea. Tie that request to an earlier episode, where Adam told his wife that he didn’t want her to bring Connor (Gunner and Ryder Gadbois) to see him, and it’s increasingly likely that Adam will act on Anita’s plea.

The writing staff at ‘The Young and the Restless’ put Victor in a prison jumpsuit nearly four months ago. His time behind bars included an inordinate number of meetings with visitors, a romantic interlude with Meredith Gates (Alicia Coppola), a court appearance that led to a gunshot wound being received from Ian Ward (Ray Wise), subsequently rescuing Nikki (Melody Thomas Scott) and Phyllis (Gina Tognoni), and other dramas. So, it will be interesting to see how Y&R, which is now led by executive producer Mal Young, handles Adam’s incarceration. Many story options are available and one of them could include ‘Chadam’ splitting through a heart-wrenching divorce.