‘The Young And The Restless’ Spoilers Wednesday May 11: Victor Pushes Adam To Make His Move – Fiona Stirs Up Suspicions for Jack – Nick Still on ‘Team Villy’ 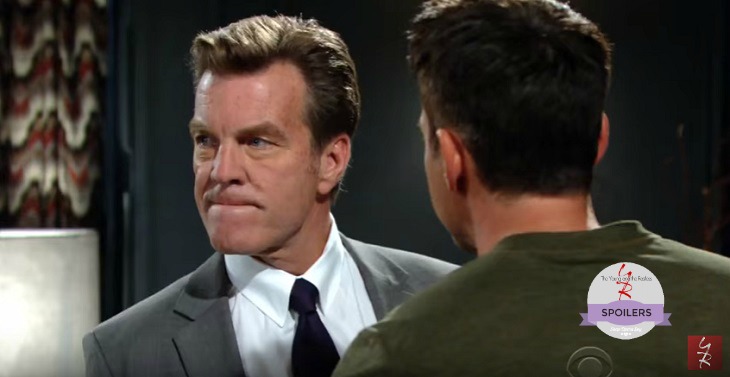 “The Young and the Restless” spoilers for Wednesday, May 11, tease that Fiona will tip Jack (Peter Bergman) off to a fact he’s probably been trying to ignore. She’ll ask what’s going on between Jack’s brother and his wife. Billy (Jason Thompson) and Phyllis (Gina Tognoni) are obviously growing closer. We’ve been seeing some major flashes of jealousy from Phyllis lately.

Y&R spoilers say Phyllis and Billy will enjoy another warm moment. At the park, Jack will catch them holding hands. He’ll finally realize this could be more than just a friendship. Of course, hand-holding is the least of Jack’s worries. Billy and Phyllis will take their love fest to the bedroom by the end of the week.

Victoria (Amelia Heinle) and Billy are definitely on the outs, but Nick (Joshua Morrow) won’t want them to give up. Nick will hint that nobody is buying the idea that they don’t belong together. Unfortunately, it seems we won’t be hearing any reunion news anytime soon.

We’ll also see Sharon (Sharon Case) urging Nick to hang out with Sully over the next few days. Since Sharon thinks Christian is Nick’s son, she’ll believe she can covertly help him bond with his baby boy. Sharon feels like Nick should make some memories with his child, even if he’s not aware “Sully” is his own. Nick will eventually sense that Sharon is being rather assertive about it. He’ll suggest that he just needs some time alone. Nick’s grief is consuming him right now.

Other “Young and the Restless” spoilers indicate that Victor (Eric Braeden) won’t abandon his fight to put Adam (Justin Hartley) on the Newman throne. Victor will contend that the position he left open is ripe for the taking. He’ll wonder when Adam is going to make his move.

Victor has been trying every trick in the book to get Adam to do what he wants. It appears whatever Victor pulls next will certainly tempt Adam. Y&R rumors state that Luca’s (Miles Gaston Villanueva) efforts to bring Victoria down could work in Adam’s favor as well. Stick with the CBS soap for updates on what’s in store.