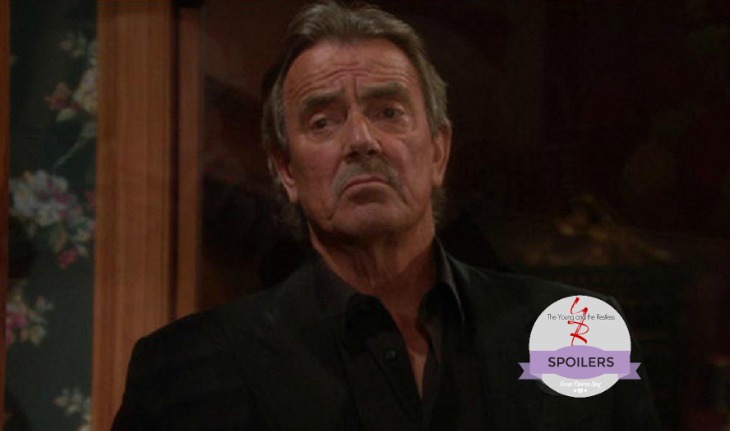 Victor Newman (Eric Braeden) has always believed that he can do anything on ‘The Young and the Restless’. The man with a crooked moustache and an ego the size of Wisconsin assumed that his mortal sins would create no real consequences. In Victor’s world he was God. But, this so-called man has been forced to recognize the truth. He’s just a human being, like everyone else.

What type of father intentionally frames his own son to teach him a lesson? What type of man uses a mentally unbalanced mother, who lost her only child because Victor’s son is believed to have run her over? A rapscallion, that’s who.

Related: Adam’s Loved Ones Honor His Memory, Jack Plans to Attend – Victor Reaches Out to Chelsea

Christian Miller is this scoundrel’s real name on ‘The Young and the Restless’. A chip off his miserable father’s blockhead, the former orphan hasn’t shied away from telling anyone who would listen how hard his childhood was. Oh, poor Victor. But, what about all other children who suffered similar, or worse, early fates and didn’t use that experience to become cads? Yes, those real life comparisons must be made because in so doing this adult excuse-maker is exposed as nothing more than a bitter little boy who never grew up.

This analysis isn’t harsh. Reconsider how often Victor refused to extend compassion to countless pleas for mercy. Then, recall how many times those poor souls, be they family, supposed friends or complete strangers, had their lives strangled by this mauler’s self-promoting actions.

Adam (Justin Hartley) is dead. Chelsea (Melissa Claire Egan) lost her husband. Connor (Gunner and Ryder Gadbois) lost his father. Chloe (Elizabeth Hendrickson) was used like a deranged rag doll. There are so many others that could be mentioned, but honest fans of ‘The Young and the Restless’ shouldn’t be asked to revisit this malefactor’s many moral crimes.

And now Victor wants the world to comfort him? No. He can weep for himself for as much time as he has left on this earth. Then, Mr. Newman can move on to Hades, where he will live forever.

‘The Young And The Restless’ Spoilers: Neil Must Use Lucinda’s Gift – Family Love Fights All Problems