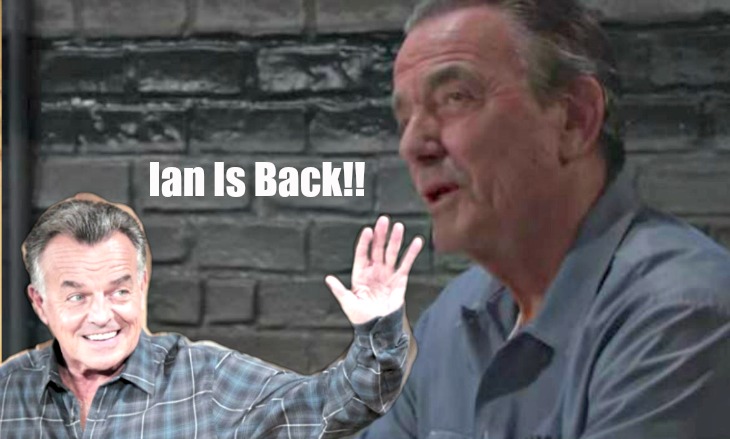 Spoilers for ‘The Young and the Restless’ tease that Ray Wise will make a return as the infamous Ian Ward. Wise will make an appearance in the episode airing on April 4th.

According to spoilers for the upcoming week Victor (Eric Braeden) will run into someone familiar while in prison. This familiar face is in the form of Ian, who upon  seeing Victor Ian will be filled with laughter. Ian will tell Victor “I bet you wish you’d killed me when you had the chance”. Afterwards Ian will fill Victor in on the operations behind  bars. Ian will insist that he can keep Victor safe and as usual Victor will refuse Ian’s help.

Victor will be doing his chores, when an inmate shows up and tries to bother him. Ian will come to Victor’s rescue and declare to Victor how he will protect him even if he refuses. Victor is one who is accustomed to doing things on his own, but from the looks of things, he may have to resort  to taking Ian up on his offer.

While he is in his cell, Victor will doze off to dream of his beloved daughter Victoria (Amelia Heinle) begging for forgiveness. Victor will be awaken from the dream when a prison thug shows up  and attacks him, Victor may just need Ian’s protection afrer all.

While it is fantastic news, that Wise is back,  it could most likely be for a very short time. With the character in prison and the actor on recurring this could mean he is back for just a handful of episodes. But in whatever form it is we are happy to have  him back.

So Y&R fans, are you happy Ian will show up again? Do you think it’s possible Ian and Victor could become friends? Do you hope he stays longer?