‘The Bold and the Beautiful’ Poll: Which Avant Sister Is Your Favorite? Nicole or Sasha? VOTE! 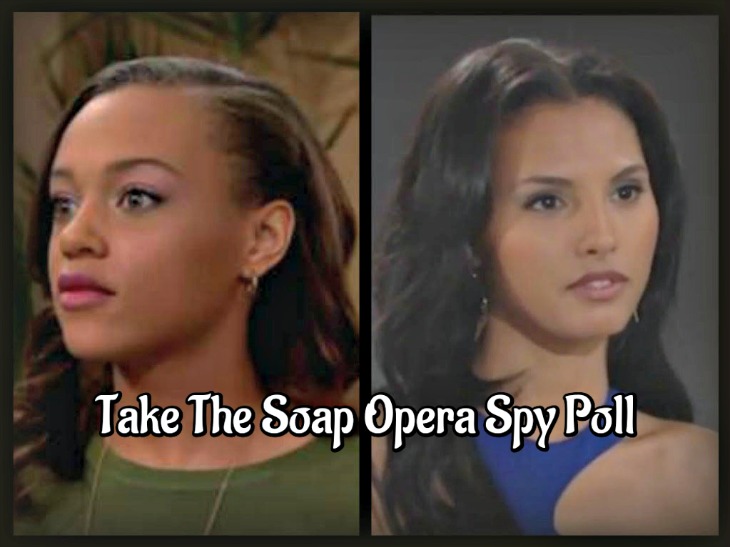 “The Bold and the Beautiful” fans have been watching plenty of Avant family drama lately. Sasha (Felisha Cooper) confessed that she’s Julius’ (Obba Babatunde) daughter and it’s really shaking things up. Nicole (Reign Edwards) and Sasha went from friends to enemies in just a few weeks, but the sister revelation has shifted their bond once again.

We want to know what you think about these two Avants. Which sister is your favorite? Let’s take a look at some of the pros and cons of their personalities. Nicole has a good heart and she always loves hard. Everyone makes mistakes, but Nicole is willing to admit when she’s wrong.

Nicole came to town with the intention of blackmailing Maya (Karla Mosley), but she eventually realized she’d rather grow closer to her instead. Nicole is now giving Rick (Jacob Young) and Maya the precious gift of a child. She’s putting her own life on hold to make them happy.

We do have to mention that Nicole tried to knock Sasha out of her modeling job, but she quickly acknowledged the error of her ways. Nicole might make bad decisions at times, but she’s inherently kind. It’s been nice to see her siding with Sasha during all of the Julius turmoil.

As for Sasha, she’s a bit of a firecracker. There’s no denying that Sasha likes to scheme, but that may be a result of her difficult childhood. Sasha has had to fight for anything and everything. She’s always longed for the love of her father, but he was never willing to give it to her.

Sasha has certainly injected some excitement into several storylines. In the soap world, we need to have characters that bring layers to the table. Sasha is troubled young woman, but that just makes her interesting to watch. You never know what Sasha’s next move will be. She can be sassy and fun, but she knows how to tug at your heartstrings as well.

Overall, both Nicole and Sasha have been great additions to the younger set on “The Bold and the Beautiful.” B&B viewers are anxious to see what the future holds for their relationship. Which of these sisters do you like best? Vote for Nicole or Sasha in our poll!

So B&B fans, what do you think about the sister bomb drop? Are you glad the truth is out? Do you enjoy Nicole’s sweetness or Sasha’s sass? Voice your opinion in the comments below and don’t forget to check Soap Opera Spy often for the latest “Bold and the Beautiful” spoilers, rumors, updates and news.

‘The Young And The Restless’ Spoilers: Nick And Sharon Get Closer After Sage’s Death – Mariah And Dylan Suspicious Of Former Couple