‘The Young and the Restless’ Spoilers: New Year Brings New Beginnings On Y&R – Embrace What 2017 Can Offer 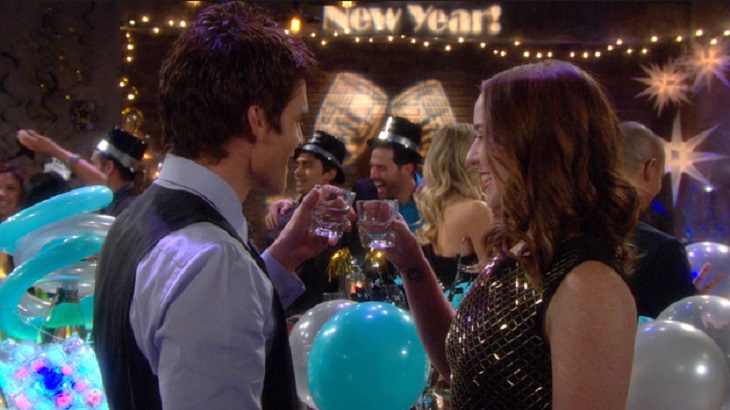 A segment of fans loudly protested ‘The Young and the Restless’ through the fall of 2016. But all reasonable concerns they had have been addressed, at least for the time being. Yes, Y&R has been cleansed as 2017 dawns.

The mere sight of the name Jill Farren Phelps sets a certain contingent on edge. Those who were familiar with her past daytime efforts feared for the life of ‘their’ show after she was hired. Cemented beliefs tend to create self-fulfilling prophecies.

Related: Devon Crashes Car – He Must Dump Hilary in 2017, If He Lives

Chuck Pratt, Jr., was also protested because he was connected to JFP. But he, like the full name that can’t be mentioned, is now no longer associated with Y&R. Their vision was different than what was projected into Genoa City in the past. However, various fans appreciate all efforts offered by whoever works within the industry, while acknowledging that some points in time are better than others.

Mal Young leads the show now. His resume is solid. Sally Sussman, like Kay Alden, are connected to Bill Bell. Sussman took over for Pratt and Alden is a story consultant. The early results of this trio’s work is very encouraging and should be satisfying all reasonable minds.

The truth emerges whenever a full classic episode is shown, instead of a brief flashback. Memories of days gone by are adjusted to varying degrees based upon the personality of the viewer. Logic topples feelings whenever a 60-minute steamer reappears.

All balanced souls who viewed the final episode of 2016, which was of ‘Niktor’s’ mid-1980’s wedding, should concede a few points if they’re being totally honest. The entirety of yesterday isn’t the same as purposefully grand wedding scenes. Secondly, soap operas have always been stretched versions of reality. Therefore, those who brand the past as great and today as terrible aren’t reporting history. They’re re-imagining realities and then mistakenly applying then to now.

Y&R appears to be positioned for a fine year ahead. Talented decision-makers are in place. Plenty of tenured actors and fresh faces are part of the current cast. And those within the audience who appreciate escapist drama are optimistic.