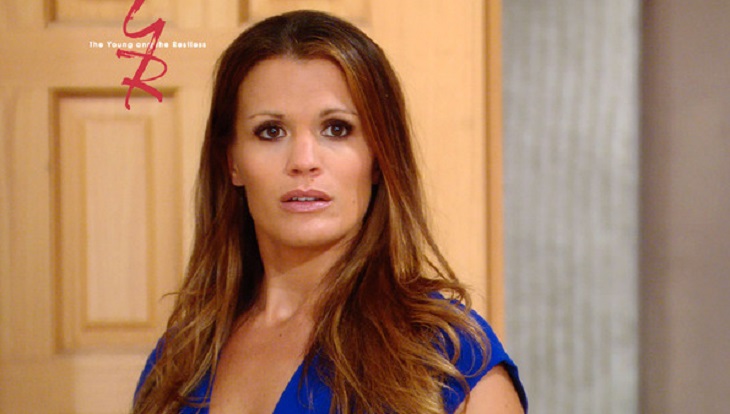 We all recently witnessed on “The Young and the Restless” an explosion at a cabin and it appeared that Adam Newman (Justin Hartley) was inside so now he is believed to be dead.

Y&R’s Melissa Claire Egan (Chelsea Newman) chatted with Michael Fairman the day of the 11,000 episode and she was asked one of the questions fans have been dying to know. When it was brought up to her about a back-from-the-dead story with another actor playing Adam with a restored face this is what she had to say “I really don’t think they will (go there), and I’m not just saying that. There are a lot of stories to tell and lots of people here. Chelsea is in mourning right now.”

Related: Chelsea Oblivious To Chloe’s True Colors, When Will Truth Come Out?

So fans coming from Melissa she truly don’t think there is gonna be another Adam. Rumors have been floating around a lot about this since everyone learned the departure of Justin Hartley. Even more so when it was shown on Y&R someone with gloves holding what appeared to be Adam’s wedding band.

Melissa also revealed during her chat with Michael Fairman that she had known for months about the storyline of the cabin exploding. She even says “When i said “explosive” in ads, I meant literally. (laughs) I tried to tell you guys, without telling you.” So it seems that she had been dropping hints to us all, but I guess we didn’t catch on.

Fans now seem to think with Adam gone and Chelsea spending more time with Nick Newman (Joshua Morrow) that they will end up coupling up. This is what Melissa had to say on that subject “We do work a lot together right now because they (Nick & Chelsea) are in mourning. But the show is taking their time to respect the Chadam coupledom.” So do you think this means they will be a couple in the future? Stay tuned to CBS’s “The Young and the Restless” to find out.

‘Days Of Our Lives’ Spoilers: The Prisoners Wreak Havoc – Which Salemite Will Be Killed?