‘The Young and the Restless’ Spoilers: Dylan’s Love and Loyalty Are Admirable – Reality Also Considered 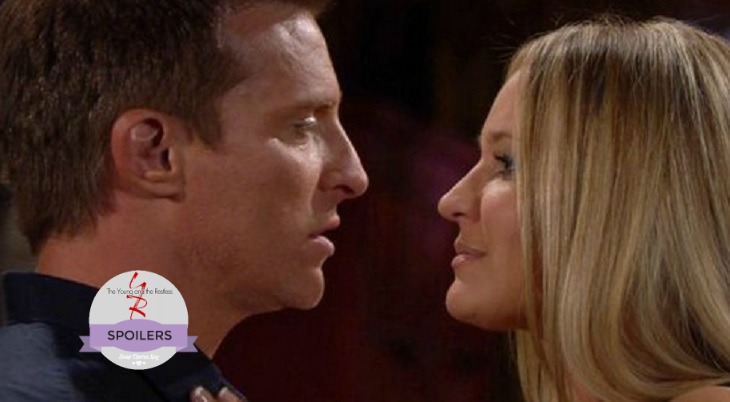 Dylan’s (Steve Burton) heart in the right place on ‘The Young and the Restless’. The love he has for the boy he thought was his son hasn’t subsided. He’s also stuck by Sharon’s (Sharon Case) side as well, though that surprising choice seems somewhat misguided.

The wedding vows ‘Shylan’ made involved love, respect and honor. But they didn’t call for enabling.

It can be argued that Dylan’s willingness to stick by Sharon’s side, even considering the position that puts him in regarding the upcoming visitation hearing, doesn’t put Christian’s (Jamie and Alister Tobias) welfare first.

Let’s address these issues separately, which isn’t how they exist within the fictional world of Genoa City. Dylan’s desire to maintain contact with Christian is completely understandable.

Since he wasn’t in any way responsible for withholding that boy from Nick (Joshua Morrow) and is Christian’s uncle, Dylan has decent legal grounds for visitation. Michael Baldwin’s (Christian LeBlanc) advisement is being used as the reference source on this point.

An honorable man wouldn’t have immediately left Sharon once he learned what she’d done. Considering her overall mental health history and the unusual nature of the position that Dr. Sandra Anderson (Elizabeth Bogush) forced her into, Dylan’s response to-date is emotionally and logically acceptable. He loves Sharon and is trying to digest all that’s happened. Whether ‘Shylan’ endures is a different question, as fans know that Burton will be filming his final Y&R scenes in December.

Related: ‘The Young and The Restless’ Preview Video Wednesday, November 30

In considering all points made it’s also fair to ask if Dylan is actually enabling Sharon’s behavior right now? Consequences must be felt for any lesson to truly be learned. The possibility of jail time won’t be forthcoming since Christine (Lauralee Bell) decided to not purpose legal action against Sharon. But Sharon has lost access to Christian. That is a deep punishment.

Various viewers will likely admit that Sharon shouldn’t have unfettered access to Christian immediately. Possibly in the future Nick could allow her to see his son in a supervised setting. However, if this scribe were the judge he would only allow Dylan to see Christian at Chelsea’s (Melissa Claire Egan) penthouse. Sometime in the spring this issue could be revisited and Sharon’s mental health status could be remeasured to ensure stability. Then a further legal decision could be offered.

And yes, this faux judge knows that Christian might not be Nick’s child. That’s besides the soapy point dear readers. As of now this digital courtroom is adjourned.

‘The Bold and the Beautiful’ RUMOR: Sasha’s Maya and Rick’s New Surrogate?

‘The Bold and The Beautiful’ Spoilers: Will Brooke and Ridge Rekindle Their Love?