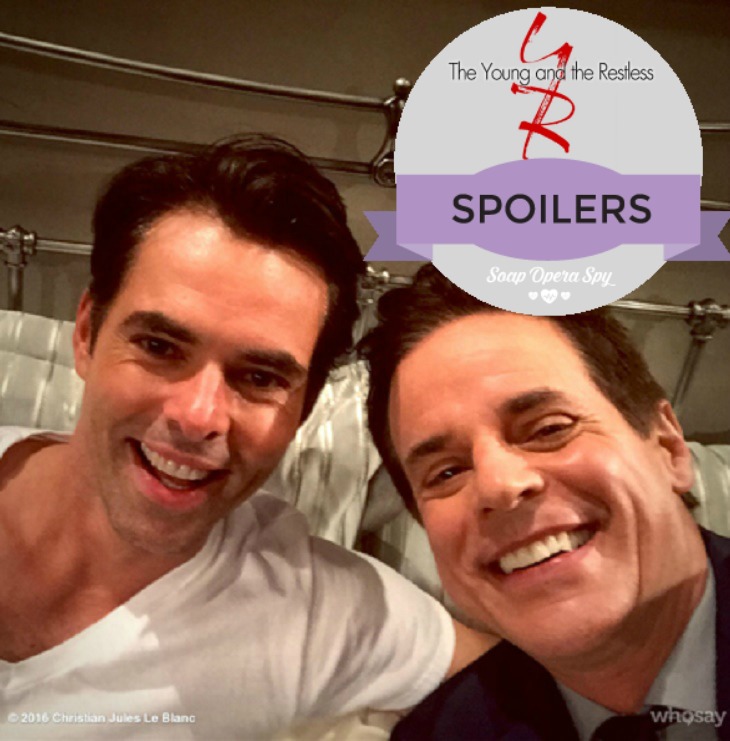 ‘The Young and The Restless’ (Y&R) spoilers indicate there’s just a few days left before Jason Thompson’s reveal as the new Billy Abbott. His rumored first air date is Wednesday, January 13. But here’s what we do know about the big reveal.

Last we saw Billy’s face, it was Burgess Jenkins on the life support machine with all manner of tubes in him. Since he came out of the unsuccessful surgery, we have not seen his face at all. We wonder – is there a chance we may go three more episodes without a glimpse of his face?

Did YR showrunners have someone acting as Billy’s “coma double” so that neither Jenkins nor Thompson had to lay around in the hospital bed? What’s really interesting about the actor transition is that Billy’s loved ones got to say a goodbye of sorts as the actors said farewell to Jenkins.

Y&R spoiler photos that have leaked show Jason Thompson in the hospital bed with bandages swathed all over his head and still on life support machines. Spoilers also tease that since the brain surgery flopped, it will be Dr Simon Neville [Michael E Knight] that will bring him out of the coma.

Of course, Neville at first thinks the surgery messed up any shot at Billy recovering properly, but Billy’s mom Jill Abbot [Jess Walton] will beg him for the experimental treatment anyway. It may be Ashley Abbott [Eileen Davidson] that persuades Neville into trying to save Billy despite the risk.

The bottom line is, whatever Neville tries can’t hurt since the docs reported that Billy has critically low brain function. No matter – Neville’s treatment will bring him around and save his life – and Billy will emerge from this crisis as a new man in many ways.

Some other sneak peek photos in circulation show a clean shaven Thompson (very unlike his scruffy look as Patrick Drake over on General Hospital) sitting up in the hospital bed looking much healthier and talking to loved ones.

The good news about Billy’s possible brain damage (if brain damage is ever good news) is that it can explain away some things about Billy if they decide to move his character in a new direction. Could this near death experience and bookie-related beating have scared Billy straight?

Will he come out of this a new man both literally and figuratively? What do you think Y&R fans, are you excited to see what Jason Thompson does with the role of Billy? Or do you miss Burgess Jenkins already?

Share your comments below and come back to Soap Opera Spy for more ‘The Young and The Restless’ spoilers.