‘The Young and the Restless’ Spoilers: Adam’s Prison Meltdown, Haunted By Nightmares – Victor Works With Chloe To Frame Someone Else 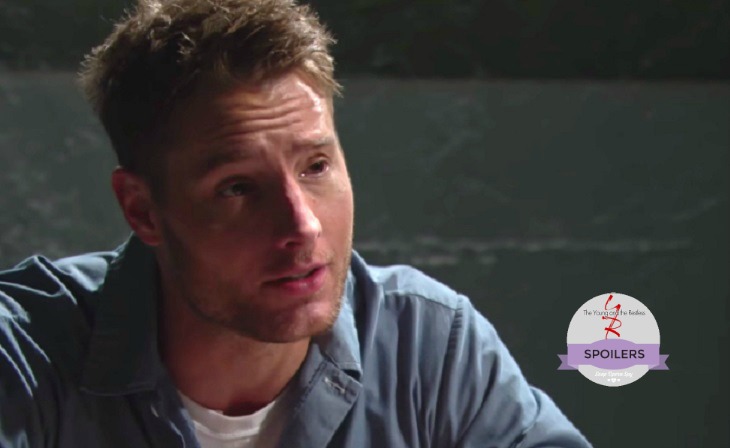 The last few week’s we have all witnessed the toll prison has taken on Adam Newman (Justin Hartley) and it’s only going to get worse for him. Hopefully, though this is one of those times where the saying “things only get worse before they get better” comes into play.

The Young And The Restless’ Adam Newman is stuck behind bars away from everyone and everything he knows and love. He is getting frustrated with trying to prove his innocence and if that’s not bad enough now his dad, better known as “The Great Victor Newman,” (Eric Braeden) is haunting him in his dreams.

The Young And The Restless spoilers in this week’s edition of Soap Opera Digest tease that “Adam then has a nightmare where his father shows up as a guard. Victor is Adam’s jailer explains Pratt. In one way or another, he has kept Adam behind bars. Victor appears as a phantom to menace Adam. Victor, like an incurable disease, is in Adam’s brain, and all it takes is a skipped meal for Victor to appear.”

Related: Mariah Has A Second Chance With Kevin – Hope For A ‘Keriah’ Reunion?

Y&R’s Adam Newman knows his dad set him up for a murder he didn’t commit, but little does he know Victor is working hard on the outside to get him free. Victor changed his mind about setting up Adam, but then he was crossed by Chloe Mitchell (Elizabeth Hendrickson) when she learned of him changing his mind because she wasn’t happy with it. She has one thing on her mind and that is revenge.

Y&R spoilers tease that Victor will discover Chloe still has the diary pages and he tells her that he will frame someone else and she will be in the clear. Do you think Chloe will give him the pages and trust that he keep his word? Will Adam finally be free? Spoilers also say Chloe is exhausted by her own scheming and wants a fresh start. So hopefully this means good news for Adam.

‘The Young and the Restless’ Spoilers Friday August 12: Billy Accuses Jack Of Sucking Life Out of Phyllis – Dylan Has a Plan – Adam and Chelsea Quarrel