‘The Young and The Restless’ POLL: What Will Michael Do? Will He Hurt or Help Victor? VOTE! 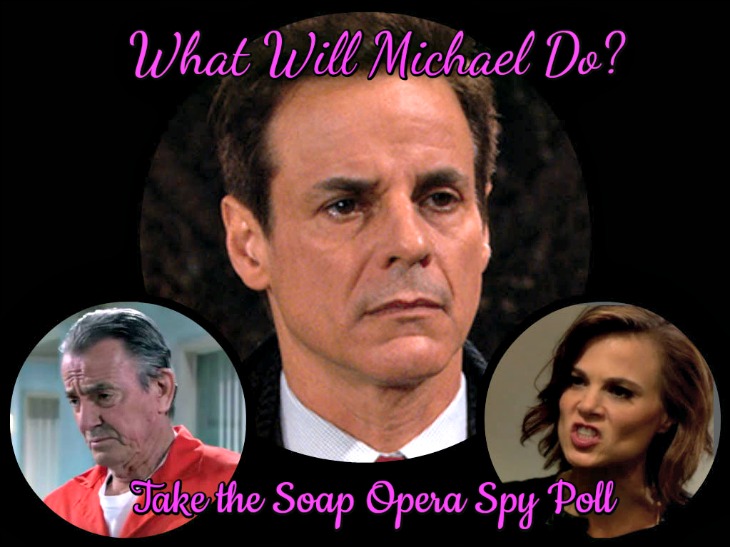 ‘The Young and The Restless’ (Y&R) storyline on Victor Newman’s [Eric Braeden] criminal trial is just heating up. Victor already fired one lawyer and now Michael Baldwin [Christian LeBlanc] has taken on the case – but with ulterior motives. Vote in the POLL below on whether Michael will help or hurt Victor.

We know Phyllis Abbott [Gina Tognoni] wants Victor to be punished for what he did to her with Marco Annicelli [Peter Bergman] and she’ll stop at nothing to make sure it happens – even risking prison herself as she did when she had Adam Newman [Justin Hartley] gently kidnapped.

But now it seems like Phyllis is also willing to drag everyone she cares about down with her just to make Victor pay. And top of that list right now is her buddy Michael. When Phyllis first approached Michael about taking Victor’s case and throwing it so he’d lose, Michael said a firm no.

But after a talk with Lauren Baldwin [Tracy E Bregman], Michael was convinced that all of Victor’s sins justified Michael betraying his ethical legal standards to take on a case he knew he meant to intentionally crap up.

This is far out of character for Michael. He loves the law more than anything. Phyllis and Lauren have overstepped by asking him to violate that which he holds most dear. After all, if Phyllis gets revenge on Victor but ruins everyone in her life doing it, will it have any meaning in the end?

Now that Victor has lost the leverage of his pet judge Elisa Moxley [Jensen Buchanan] since she came clean on the affair and recused herself, he needs something solid in his corner. In fact, Michael could probably win this case for him.

But what does Michael stand to gain or lose from manipulating this case?

If Michael wins the case for Victor, he’ll likely lose his BFF Phyllis and his wife Lauren. But it would be a huge professional coup for him and would set him up for life.

If Michael loses the Victor case, he could lose his law license, his career and professional reputation. Victor will ruin him over this and that could cost him everything.

When Michael came and proposed that he take the case, Victor was hesitant but eventually agreed. But how long will that last? Y&R spoilers indicate that Victor will grow suspicious of Michael and fire him soon, but could Michael turn the tables and convince Victor to keep him?

Could Michael tell Victor that initially he approached him as a move to help Phyllis but has now decided that he has to be true to himself and the law and will vigorously defend Victor? Will Victor buy this? Will Victor keep Michael on or will he find someone else to take the case?

And if Victor does keep Michael as his attorney, will he hurt or help Victor? What do you think Y&R fans? Vote in the POLL below on the impact Michael will have on Victor’s case and share your comments below.

Be sure to check with Soap Opera Spy every day for more ‘The Young and The Restless’ spoilers and news.

‘The Young and the Restless’ (Y&R) Spoilers Friday March 11: Michael Vows to Get Victor Convicted – Billy Reaches Out to Victoria – Adam and Chelsea Celebrate