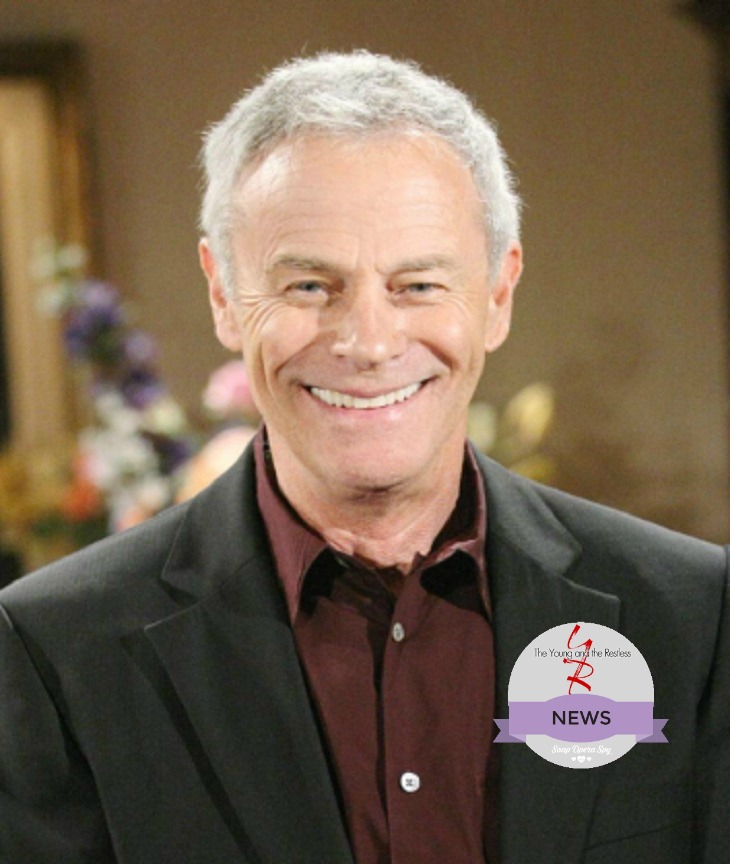 Is Tristan Rogers [Colin Atkinson] headed back to ‘The Young and the Restless’?  Surely it seems we are getting back our favorite comedic character in less than a month. Rogers took to Twitter today sharing “There’s a rumor going around that I will be back on Y&R in July.”

Is it possible that this is just a rumor?  It could very well be, but knowing how the shows operate Colin could show up in Genoa City at any minute. Rogers’ on screen wife Jess Walton not so long ago made her return as Jill Abbott and we knew that his return would not be far behind.

What will be the state of the relationship with Colin and Jill? Jill hasn’t spoken much of Colin since she’s been back. She has been quite occupied with the troubles in Billy’s [Jason Thompson] life. Are Jill and Colin in good standing? Is their marriage in trouble?

Rogers, after years of appearing as Robert Scorpio on ‘General Hospital‘ took on the role of Colin on December 8, 2010. He started out on a recurring status but was later placed on contract in February of 2011. In the same year the character was written out to later return in 2012.

Since being back he has been on a recurring status. It has been a long time since we last saw Colin, so his return is indeed long overdue. How he will return to GC is still unknown and so is the length of his stay. We hope however it could be a longer stay than the previous one.

So Y&R fans are you Colin could be coming back? What do you think is status of Colin and Jill’s relationship? How long do you think he will be around for this time?