‘The Young and the Restless’ News: Justin Hartley Wants Eric Braeden To Join Him On ‘This Is Us’ 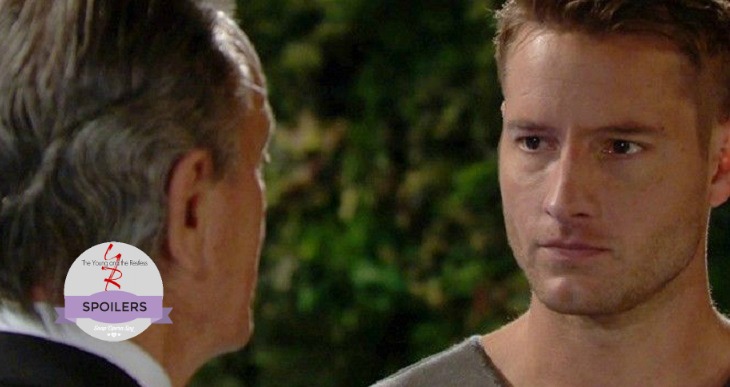 The Young and the Restless fans are really missing the father/son relationship that Eric Braeden and Justin Hartley portrayed on Y&R, but what if the two had the chance to come together on-screen for a new project, how would that make you feel?

As much as everyone wishes that Justin Hartley would return to the role of Adam Newman on Y&R, it doesn’t seem to be in the cards. Justin Hartley is now starring in the nighttime drama on NBC “This Is Us” and after only 2 episodes it’s already a big hit. So Justin is going to be one busy man.

Recently Justin Hartley talked to Glamour about his new show “This Is Us” and how he would like for Eric Braeden to join him on there. He revealed ” He could be my dad’s dad! Milo’s dad! He would do it probably, (Eric’s) a good guy. We hit it off right away. I think I made him laugh, which he wasn’t expecting.” So how would you Y&R fans like to see this happen? Of course Eric Braeden would have to do both shows because we can not lose him too.

Eric Braeden and Justin Hartley’s on-screen performances together were phenomenal. The two playing the love/hate relationship between father and son was certainly on point.

So Y&R fans would you be open to the idea of seeing them on another show together? It could definitely be very interesting, but like I said before only if Eric could do both and not put his Y&R role at risk.

That is a great idea Justin Hartley had. It just shows us how much he misses his former co-star. It would be awesome to have them two together again. In the meantime you can catch Justin Hartley on Tuesday nights starring in his new series “This Is Us” on NBC.

The Bold and the Beautiful Spoilers: Carter Has A Secret, Will He Keep Quiet For Ridge’s Sake?