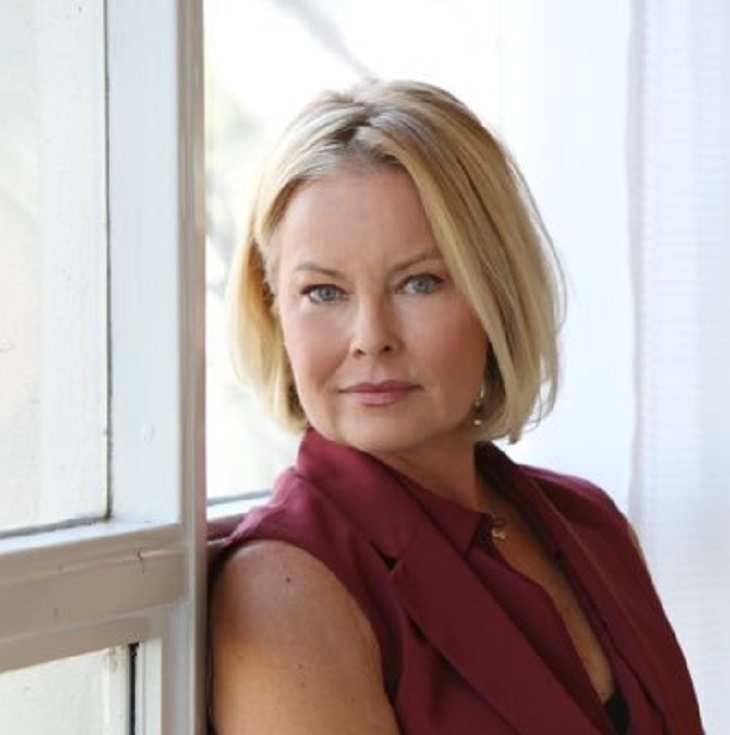 ‘The Young And The Restless‘ star Jensen Buchanan, who plays the part of Elise Moxley on the CBS soap opera, was in a car crash on Wednesday May 18.  Don’t worry ‘Y&R‘ fans, Jensen Buchanan is just fine!  But, the other driver involved in the car accident is not okay, and Buchanan has gotten herself in to some legal trouble.

According to a report from CBS Los Angeles,  via Soaps.com, Buchanan was driving her 2016 Mercedes near Santa Barbara, California at 6:00 AM on Wednesday May 18.  The news report indicates that Jensen’s car veered across the center line and in to oncoming traffic and struck a white 2014 Ford truck.

Jensen Buchanan was rushed to the hospital – and reportedly treated for only minor injuries.  However, according to CBS Los Angeles’ news report, the driver of the pick-up truck ( a male in his 50’s) that Jensen swerved in to is not doing as well, and suffered serious injuries from the accident.  The news report goes on to say that Jensen Buchanan was arrested for an alleged DUI after the accident.

So far Jensen Buchanan, nor any reps of her’s have commented on her car accident or arrest.  ‘The Young And The Restless’ star is remaining mum on the events as of right now.  Are you shocked by what happened?  Share your thoughts in the comments below!

‘General Hospital’ News: Maurice Benard Movie Release – Where Can You Watch ‘The Ghost And The Whale?’