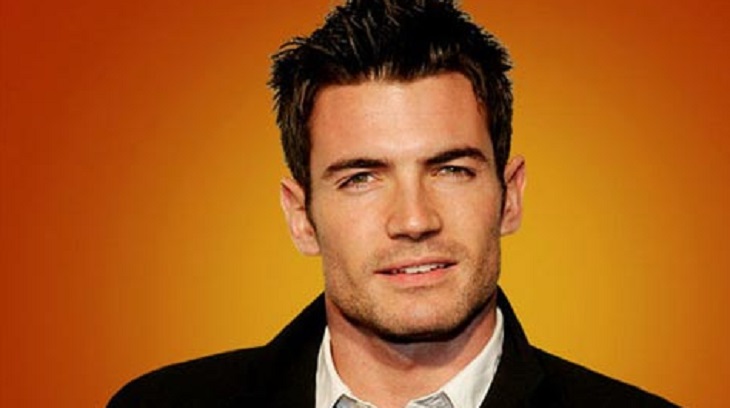 ‘The Young And The Restless’ spoilers in this week’s edition of Soap Opera Digest tease that ‘All My Children’ alum Aiden Turner was spotted on the ‘Y&R’ set.  In the magazine’s “Things We Know And Shouldn’t Tell You” column they teased that their set sources are reporting that Aiden Turner was on the CBS soap’s set.

For those of you who don’t recall, Aiden Turner played the part of Aidan Devane on ‘All My Children’ from 2002-2009.  Turner is currently a regular on the series ‘To Have And To Hold.’  Interestingly, Turner hails from England – just like ‘The Young And The Restless’ new show runner Mal Young.  Could Mal have recruited him?

So, what exactly does all of this mean?  Well, it could mean absolutely nothing – Aiden Turner may have just been visiting some friends, there are a ton of ‘AMC’ alums working on ‘The Young And The Restless‘ now.  Or it could also mean that ‘Y&R’ has pulled off a major casting coup and recruited Aiden Turner for a new mystery role.  Right now, Aiden and TPTB at ‘Y&R’ are being completely mum about what the actor was doing on set.

When Jill Farren Phelps was fired, ‘Y&R‘ fans knew that it would only be a matter of time before major changes started taking place at the CBS soap opera.  Aiden Turner may be one of those major changes.  What do you think ‘The Young And The Restless‘ fans?  Is Aiden Turner playing a new ‘Y&R‘ role?  Or was he just visiting?  Were you a fan of him on ‘All My Children?‘  Let us know what you think in the comments below and don’t forget to check Soap Opera Spy daily for all of your ‘Y&R’ spoilers and news!