‘The Young And The Restless’ Interview: Mishael Morgan And Christel Khalil Open Up About On-Set Feud, Reveal How They Finally Became Friends 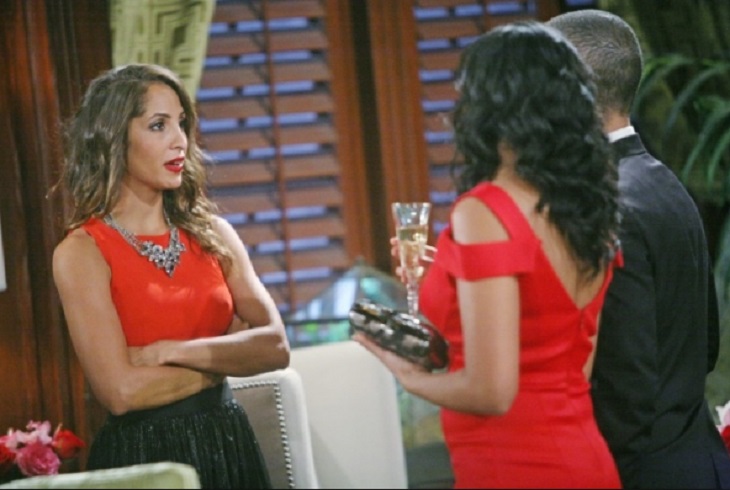 Hilary (Mishael Morgan) and Lily (Christel Khalil) were once stepmother and stepdaughter and are now sisters-in-law on Young And The Restless. Their characters don’t get along on the soap opera. The two actresses recently had an interview with Soap Opera Digest discussing their relationship off screen. They also talked about how their relationship evolved since they first met.z

The interviewer asked the actresses about when they first met. Morgan and Khalil both had trouble remembering how they first met. Khalil came to the realization that they didn’t remember their first meeting because they didn’t get a chance to work with each other much on the show. Morgan said they rarely saw each other on the set.

Related: Who Would Be The Best Dad For Bella – Billy or Kevin? VOTE!

The actresses shared a story about a time they were on the set getting ready for work. According to Khalil, Morgan made a nasty comment about her hair. Morgan commented that Khalil looked as if she just got out of bed. According to Morgan, she wasn’t insulting Khalil. She was actually praising the way she looked. Unfortunately, Khalil didn’t see it that way. She thought she was being insulted. Khalil wasn’t aware that Morgan joked around the way she did so she believed she was insulted. Khalil told Morgan that she had just gotten her hair done. After that, things became tense between them. Fortunately, this worked since the characters didn’t get along with each other.

The actresses were asked when did things become better between them. Mishael said it took a while for them to get along. She remembered an incident that made her realize that Christel didn’t like her. Mishael asked Christel to go out to eat, but she turned her down. When two other actresses invited her to go out, Christel wanted to go with them. Things changed between them once their characters started to like each other. Mishael said that Christel showed up for her birthday party. Christel didn’t expect an invitation and Mishael didn’t expect her to show up. They ended up having a good time together. After the party, they became friends.

Related: Victor Newman Continues To Break The Law – Will He Head Back To Prison?

Since their characters are arguing again, they were asked how they felt about their characters being at odds again. They enjoy the challenge of arguing again. Christel thinks it is great because they get along so well . Morgan said they embrace each other after rough scenes. They are happy that they get through the scenes together.

‘The Young and The Restless’ POLL: Who Would Be The Best Dad For Bella – Billy or Kevin? VOTE!

‘The Young and the Restless’ Spoilers: Nick Visits Adam In Prison – Adam Warns Nick To Stay Away From Chelsea