‘The Young And The Restless’ Interview: Greg Rikaart Dishes On Baby Monte, And Being A First Time Father 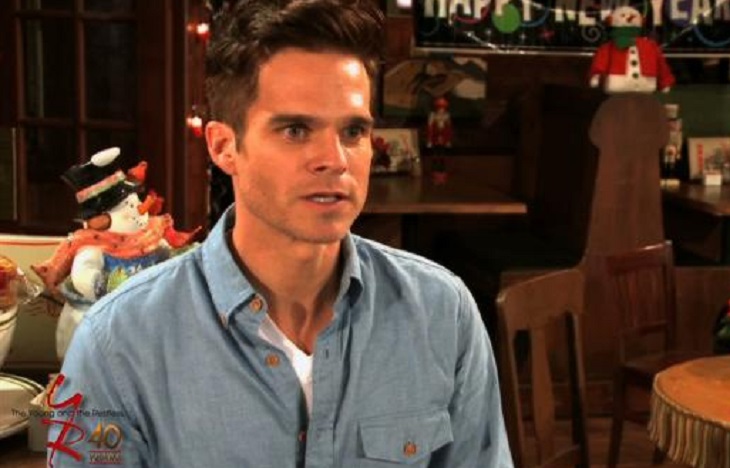 ‘The Young and the Restless‘ actor Greg Rikaart [Kevin Fisher] is quite the happy first time dad. The new issue of the Soap Opera Digest magazine shares a talk with the actor who opened up about what it’s like being a dad to young Montgomery.

Rikaart is happily married to Robert Sudduth and the two welcomed their first son and child into the world earlier this year. Rikaart since then has made everyone aware of how thrilled he is to achieve this goal in his life. “I’m very proud of it,” he highlights as he spoke with SOD about parenthood.

In this SOD issue Rikaart spoke highly of his new life. He dished about the happy journey to becoming a father and how he broke the news to his co-stars, and the investment into a creative nickname. We are quite fond of the actor’s achievement, we are thrilled he and his husband took this next step.

We fight hate, fear, bigotry, homophobia and injustice in the world with love, intellect and enlightenment. In the truest and most pure definitions of the latter words, it is with full hearts that Rob and I take great pride in introducing our son, Montgomery Argo Rikaart-Sudduth. He was born in Roseville, CA at 5:01pm on 6/12/16. He is light and love and magic. Monte, Rob, myself and Marcela, our trooper of a surrogate, are all doing fantastic.

While the actor is thrilled to be a father in real life, his alter ego has his own ‘daddy’ troubles. On ‘The Young and the Restless‘ Kevin insisted Chloe [Elizabeth Hendrickson] do a DNA test on little Bella just to be certain he is not the father. Before Chloe left town her last deed was to get pregnant and she did everything possible to be impregnated. While viewers are positive that the paternity weighs between Kevin and Billy [Jason Thompson], the whole truth is still yet to be revealed.

Related: Miles Gaston Villanueva Lands Primetime Gig On The CW, Plus Starring In ‘God Look Away’ With Al Pacino!

Kevin has so many women in his life, but he’s still madly in love with Chloe. What do you think fans? Do you think Kevin or Billy is the father? Or possibly someone else? Do you want to see Chloe and Kevin back together? Don’t forget to leave your congratulatory wishes with Rikaart and his husband.

‘The Bold And The Beautiful’ News: Rome Flynn Shares Precious Video With His Baby Girl Kimoko – Watch It Here!