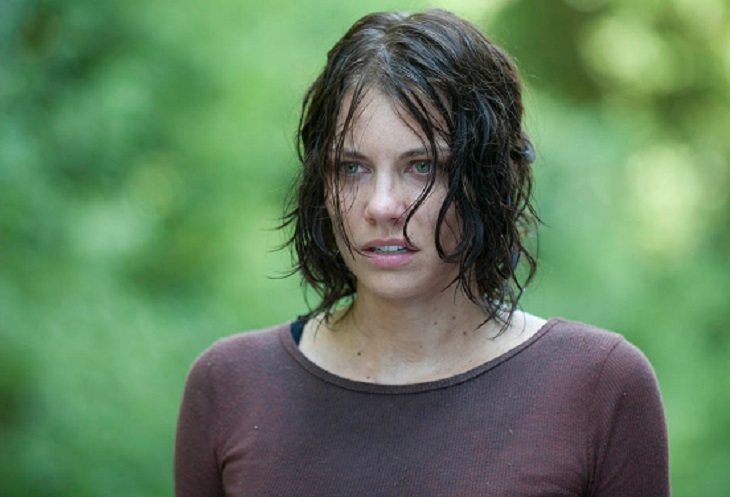 The season 7 premiere of “The Walking Dead” has left fans in shock after two very loved characters were killed. Now the question is, how will the others deal with the gruesome murders?

We all sat and watched in disbelief as Abraham Ford (Michael Cudlitz) and Glenn Rhee (Steven Yeun) were brutally murdered on the season 7 premiere of “The Walking Dead.” Most fans were horribly upset over the fact they could not believe that they were going to have to grieve the loss of Glenn once again.

Now that Glenn is gone, how is pregnant Maggie (Lauren Cohan) going to deal with it? We already know she is sick and has been thinking something is wrong with her unborn child. Now that she has to come to reality of the death of her husband it’s going to make things harder for her.

Spoilers tease that Maggie Greene will mourn the death of Glenn in her own way and will even want to get revenge on his killer, but before doing so her pregnancy will become in danger and she must take care of it first. Maggie needs to get to Hilltop to see a doctor right away. Do you think her baby will be okay? Let’s hope so.

According to The Walking Dead Comic Book Series “The pain of losing Glenn is to much for Maggie to bear. She decides to leave Alexandria and her group behind to live at Hilltop with new people.” Maggie is trying to run away from her past and in doing so she only gets stronger. She will even become the leader of the Hilltop people spoilers tease.

The death of Rick’s (Andrew Lincoln) people also has a lot of affect on him. So much so that spoilers indicate Rick will become Negan’s puppet, or at least for now. Spoilers also tease that he will go to a very dark place, darker than he has ever been before. So we will have to watch and see if he manages to come out on top again.  What did you think of TWD Season 7 premiere?  Share your thoughts in the comments below!