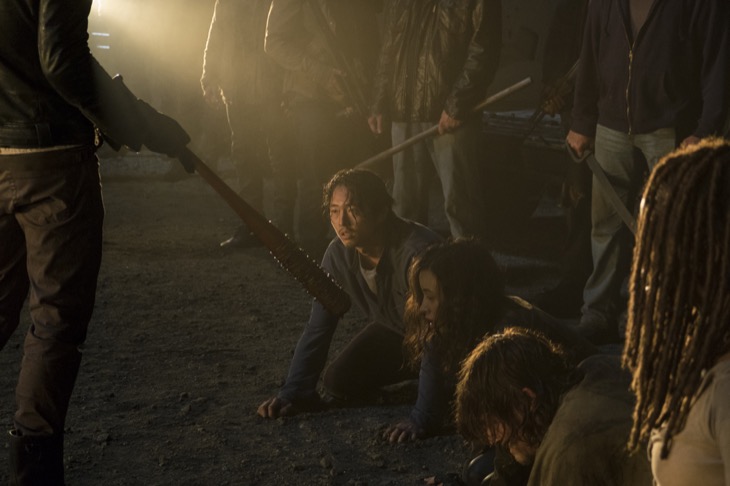 What did shock fans was the graphic nature of the brutal beating. Days later ‘The Walking Dead’ viewers were still lighting up social media with the debate over whether or not the showrunners’ had gone too far with the season 7 premiere.

An obituary for the fictional Glenn Rhee was published in the Batesville Daily Guard. Managing editor Andrea Bruner, WMBF News reports, was “too depressed to write a column,” following ‘The Walking Dead’ season 7 premiere on Sunday, October 23. To fill the gap and pay homage to Glenn, columnist Frank Vaughn published the obituary in the Arkansas newspaper’s opinion column.

The obituary read, in part, “Glenn Rhee, husband, father-to be, warrior and friend departed this world October 23rd. He was 32. Born and raised in Michigan to Korean immigrant parents, he settled in Atlanta to undertake his career of delivering pizzas and brightening the world around him until the unthinkable happened – the Walker Apocalypse.”

In a YouTube video posted by AMC, Steven Yeun thanked fans profusely for allowing ‘The Walking Dead’ family into their homes each week. “You gave me one of the greatest experiences of my entire life. So, sincerely, sincerely, to every single fan who tuned in and watched the show thank you so much.”

Steven Yeun appears on the cover of the latest edition of Entertainment Weekly. Yeun recounts his days as Glenn Rhee during an interview with the magazine. The actor hasn’t quite processed Glenn’s gruesome death but says it may hit him in a few months or maybe not even for a year.

“Maybe it’ll be when I’m 45 and all of a sudden I’m just crying in my kitchen and can’t explain why. “The Walking Dead’ fans are also still trying to process Glenn’s death and what will happen to his pregnant wife Maggie.

Certainly, many a tear has been shed by diehard TWD fans following the first episode of ‘The Walking Dead’ season 7. As previous TWD spoilers have indicated, things are only going to get worse, which means there are many more tears to be shed. 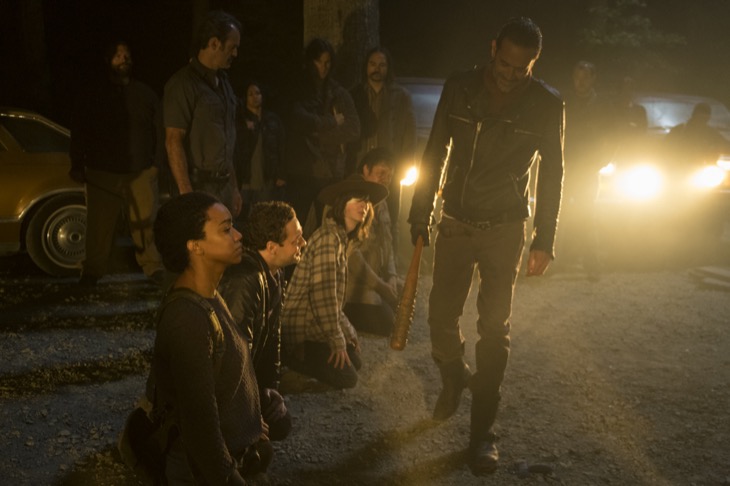