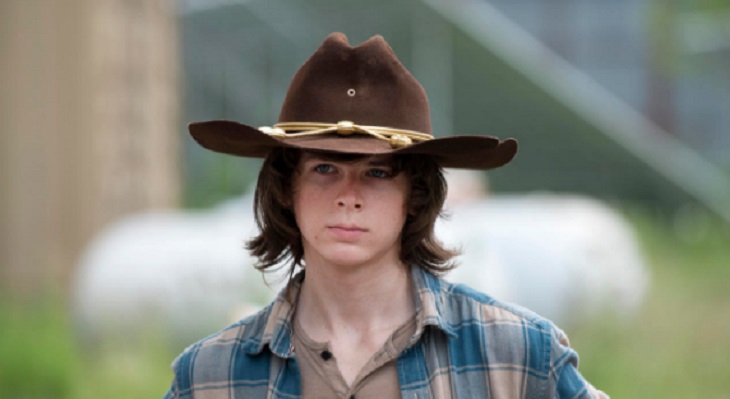 Over the last seven seasons of The Walking Dead, fans have watched Chandler Riggs grow up right before our eyes.  Riggs’ character Carl Grimes has really come in to his own over the years – and before we know it he may be leading the troops in the war against the undead.

Carl Grimes isn’t the only one growing up though, so is his portrayer Chandler Riggs!  The talented young actor turned 17 years old this summer, and he took to Twitter this week and announced that he got in to Auburn University.  Auburn is located in Alabama, and The Walking Dead films in Georgia – they are both located in the South, but would still be a serious commute for a 17 year old.

Chandler stated that he got accepted in to Auburn – he didn’t actually specify if he was going to go there.  Perhaps he applied to some other school closer to TWD set and just hasn’t heard back from them.  What do you guys think?  Will Riggs be able to juggle The Walking Dead and college – or could he be preparing to leave the show?

‘The Young And The Restless’ News: Jason Thompson’s Video Of Baby Bowie Will Melt Your Heart