‘The Bold And The Beautiful’ Weekly Spoilers May 30 – June 3: Thomas And Ridge Face Off Over Douglas – Ridge Refuses To Let Him See Baby 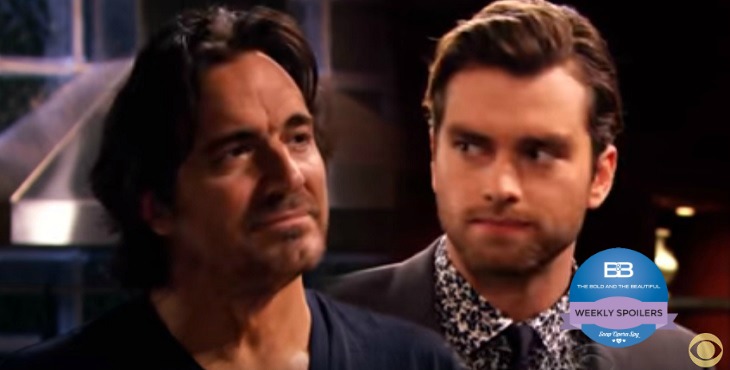 “The Bold and the Beautiful” May through June 3 spoilers tease big drama is ahead between Ridge (Thorsten Kaye) and Thomas (Pierson Fode) Forrester. Ridge has tried to push Thomas out of his son’s life and pressured him to allow him to raise Douglas as his child.

At first, Thomas seems somewhat okay with the situation because he thought it was best for Douglas. As time goes by, he starts to realize that he wants to be a dad. Ridge feels that Douglas is HIS son and feels Thomas is a thorn in his side.

“The Bold and the Beautiful” promo showed Thomas advising his dad that he isn’t going anywhere—including overseas for a promotion. He’s here to stay, and they will have to listen to his needs, and respect them.
While it hasn’t come out yet, it seems like Ridge’s big fear is that Caroline (Linsey Godfrey) may find Thomas attractive. A small part of Ridge may believe that she likes him, even if it’s a smidge, and wants a life with him—her baby’s father.

Related: Will He Choose Forrester Creations Shanghai Or Claim Douglas As His Son

Ridge decides to put his foot down and tells Thomas that he isn’t “allowed” to see his son. He said that he is the only father Douglas will ever know, so basically take a hike. Of course, this angers Thomas and he tells him they haven’t heard the last of this, and demands one more time he listens to him before it becomes a “problem.”

Knowing Ridge, he will blow him off again, which could lead to a court battle or paternity test, not to mention involving others in the scandal. Apparently Rick Forrester (Jacob Young) and Bill Spencer (Don Diamont) will learn about Douglas’ paternity this week, resulting in an epic showdown at the end of the week.

Who do you think will win the battle—Rick or Thomas? How will Bill use the Paternity secret to benefit himself or company? Don’t forget to come back to Soap Opera Spy for more juicy “The Bold and the Beautiful” spoilers, news, and updates.