‘The Bold And The Beautiful’ Spoilers: Steffy Faces Liam’s Ultimatum – Will She Leave Wyatt And His Crazy Mother For Good? 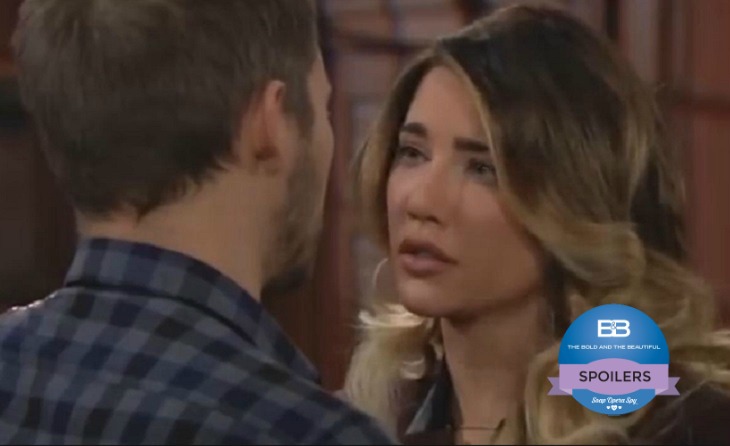 “The Bold and the Beautiful’s,” Steffy (Jacqueline MacInnes Woods) and Liam (Scott Clifton) have been playing a high stakes game of, “do what I say or else,” while conducting Forrester business in Monaco. Has the Principality’s reputation as a gambling mecca pushed the star-crossed lovers to seriously tempt their fates?

Who holds the winning demand, er, hand: Will Steffy leave Wyatt for Liam or will Wyatt leave his mother for Steffy?

No one would accuse either Steffy or Liam of being low-maintenance. But lately Quinn Fuller (Rena Sofer) has the two going all in on their rowdy commando orders.

Steffy blames Quinn for ruining life as she knows it. Quinn kidnapped her soulmate Liam. Quinn tricked her into marrying Wyatt (Darin Brooks). Quinn is rustling the sheets with her grandfather Eric (John McCook).

She rants daily that Quinn is dangerous, a liability, should be arrested.  Each rant terminates with a pressure-filled order for hubby Wyatt to cut off all ties to Mama Quinn. Or else.

But Steffy is the one acting scary crazy! Who chased Quinn through picturesque Monte Carlo, wrestled her to the ground and then slapped her into next week? I actually felt sorry for Crazy Quinn’s exquisite cheekbones.

Related: Eric Erupts After Forresters Blast His Love Life – Wyatt Lays Down the Law with Quinn

After Steffy threw Quinn to the manicured Monaco turf, Liam threw down his own gauntlet:  He and Steffy must leave Monte Carlo as a couple! NOW!

Will Liam’s ultimatum send Steffy running into his arms or racing through the streets of Monaco? Will Steffy’s cease-and-desist order to Wyatt save or wreck her marriage?

What do you think B&B fans? Is either character bluffing?  Should Liam and Steffy go all in together, or simply fold up their demands and live to play another day?