‘The Bold And The Beautiful’ Spoilers: Quinn Holds the Power – Takes the High Road and Proves She’s Changed, Or Gets Revenge On Eric’s Son Ridge? 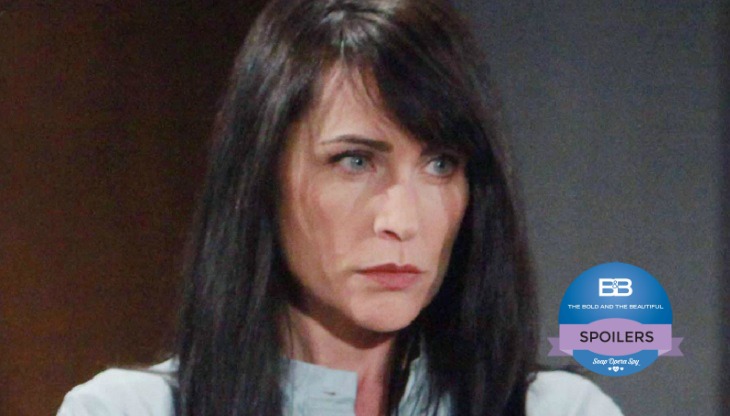 On The Bold and the Beautiful the keys to the Kingdom have changed hands in dramatic fashion! Dastardly Prince Ridge (Thorston Kaye) has been ousted from the throne, and damsel-in-distress Quinn (Rena Sofer) has taken her rightful place as head of all things Forrester.

Ok, so technically she’s spending all her time beside bedridden “husband” Eric (John McCook)! But it’s been revealed that she, not his son Ridge, has Eric’s Power of Attorney. With the truth out, should Quinn give her almost step-son a taste of his own medicine, or should she take the high road?

Who would begrudge Quinn sticking it Ridge like he has to her for so many months? Threatened by her closeness to Eric, Ridge has treated her like a pox on his kingdom. He demeans her by calling her nasty names and regularly manhandles her like a tough cut of meat.

And that’s when he’s in a good mood! He refused to allow the Forrester minions to attend Eric and Quinn’s wedding, effectively breaking Eric’s heart. Eric was felled after a fierce argument with Ridge, who then lied about having control of Eric’s affairs.

Now that everyone knows that Eric actually gave Quinn his Power of Attorney, she’s in the driver’s seat! But should she risk Eric’s love and the family’s acceptance just for a few thrilling moments of revenge?

Now is Quinn’s chance to take the high road and prove her mantra, “But, I’m a changed woman!” Turning the other cheek to Ridge’s awful display of humanity would validate Eric’s love for, and belief in, Quinn. Wouldn’t the family have to concede that they were wrong about her?

And, wouldn’t the Forrester’s have to lay down their arms if she refuses to abuse her sudden authority?

With the balance of power belonging to Quinn, it will be interesting to see if she hits back at the big bully who’s been tormenting her, or if she bests them all by taking the high road to happiness with her beloved Eric.

‘General Hospital’ News: A Death In The Family – A Look Back At Bryan Craig’s Most Memorable Moments As Morgan Corinthos