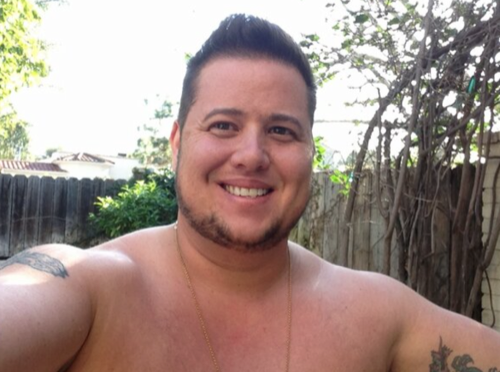 ‘The Bold and The Beautiful’ (B&B) spoilers have teased for weeks about Chaz Bono’s upcoming two-episode guest arc on B&B and now the details are coming out. Chaz will guest as Reverend Rydell and will officiate the wedding of Steffy Forrester [Jacqueline MacInnes Wood] and Wyatt Spencer [Darin Brooks].

Last month, Chaz told People Magazine, “I’m very excited to have been cast in a role on The Bold and The Beautiful.” Now we know more about the guest spot. Turns out Chaz plays a reverend who’s a pal of Wyatt’s that he asks to perform the ceremony.

Chaz’s appearances are set for Thursday March 30 and Friday April 1. It’s ironic that the wedding will carry over onto April Fool’s Day since Steffy and Wyatt may get a huge surprise. Some B&B spoilers have teased that Liam would recover his memory in time to interrupt the ceremony.

So we’re wondering if, once again, poor Wyatt will lose out to his brother in love. But since Liam has been getting intimate with Quinn Fuller [Rena Sofer], no telling what will go down at their nuptials. Both Liam and Quinn could show up and bring the crazy.

Of interest is that Chaz is NOT a soap watcher. On his Twitter profile, Chaz lists his interests as gaming, reading, MMA and Harry Potter. Sort of your typical nerdy dude – so it’s not surprising he’s not up to speed on the shenanigans at the CBS soap.

But given The Bold and The Beautiful’s commitment to transgender issues as evidenced by the Maya Avant [Karla Mosley] storyline, it makes sense to bring activist/actor Chaz Bono in for this cameo. B&B also hired Scott Turner Schofield, a transgender actor, to play Maya’s BFF Nick for 13 episodes.

The Wyatt-Steffy wedding should be drama-filled whether they make it all the way through the ceremony or not, depending on Liam. We’re excited to see how Chaz Bono does in the role and applaud CBS for their forward-thinking casting choices.

What do you think B&B fans? Are you excited to see Chaz Bono in the role of Reverend Rydell? Do you think the wedding will devolve into a brother vs brother showdown between Wyatt and Liam? Share your comments below and come back to Soap Opera Spy for daily ‘The Bold and The Beautiful’ spoilers.