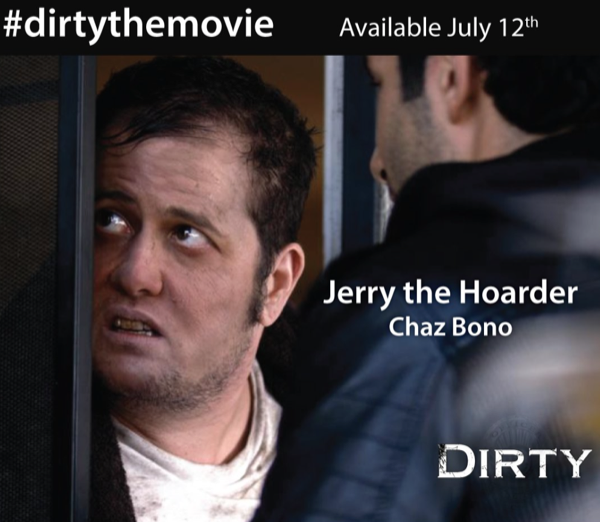 ‘The Bold and the Beautiful’ star Chaz Bono whom you most likely know as Rev. Rydell will appear in the new film ‘Dirty’ which aired July 12. According to Soap Opera Digest the film begins its streaming worldwide today.

Bono takes on the role of Jerry the Hoarder which he describes “Jerry is very quirky and really character-y, like a Steve Buscemi-type”. He later adds that “He’s a junkie and a crackhead, and he’s this police informant who is integral to the film’s plot.” Bono describes his character as one who is very disturbed. Bono also shared that he was very prepared for the role; he further shared how grateful he was to have acquired such a role.

The new film which begins streaming today was directed by Daniel Ringey and written by Benjamin J. Alexander. IMDB which outlines the full members of the cast details that the show is about “two dirty cops find themselves relieved of over two million dollars in stolen drugs and money, forcing them into a bizarre and mysterious investigation to recover it.”

‘Dirty’ is a ninety minute thriller that is being released today, it is available for streaming worldwide. ‘The Bold and the Beautiful’ fans can enjoy Bono outside of his fun and trouble maker role as Reverend Rydell on the CBS soap opera. Be sure to watch the film and leave a comment with SOS.