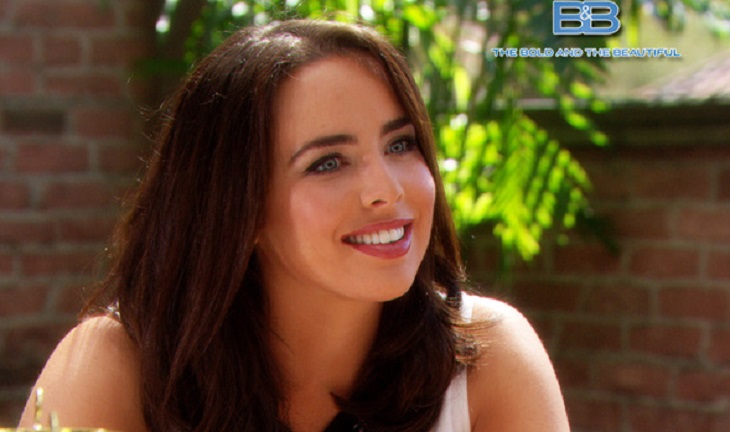 If you are a Ashleigh Brewer fan then boy do we have some good news for you! Ashleigh Brewer will be returning to “The Bold and the Beautiful” as Ivy Forrester on Wednesday August 31.

Ashleigh Brewer fans have been all over social media asking for their favorite Aussie gal to return to her role as Ivy Forrester on the daytime drama series “The Bold and the Beautiful.” Soap Opera Digest reports that the Aussie favorite will be back on screen on Wednesday August 31st episode.

B&B’s Ashleigh Brewer is returning at a perfect time. With Steffy Forrester (Jacqueline Wood) stuck in between two brothers and trying to figure out which she wants to be with, throwing Ivy Forrester in the mix will sure shake things up. As we all know Ivy had a relationship with both Spencer brothers as well. Do you think Ivy coming back will give Steffy a run for her money?

Ivy and Steffy Forrester had a lot of animosity between them, with her coming back do you think they will relive their horrific past or do you think the two will turn over a new leaf this time around?

B&B’s Ivy Forrester was once stuck between the two Spencer brothers herself. With her coming back do you think she will make a play for Liam (Scott Clifton) or Wyatt (Darin Brooks)? Could it be that with her being away for so long that she has actually gotten over the two and is ready to move on? Would you like to see Ivy paired with someone new?

A lot of The Bold And The Beautiful fans have made it clear that they hope the writers don’t try to put Ivy Forrester back with Thomas (Pierson Fode). Technically the two aren’t blood related but are still considered cousins so it made it creepy to the fans.

‘Days Of Our Lives’ Spoilers: How Will Theresa Donovan Exit From ‘DOOL’ – Leaving Salem Or Killed Off?