‘The Bold And The Beautiful’ Interview: Katherine Kelly Lang Talks Romance For Brooke And Her Off-Screen Love Life 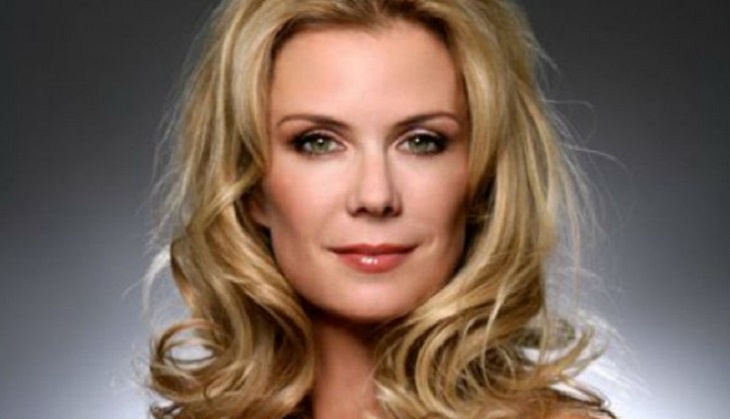 “The Bold and the Beautiful” Katherine Kelly Lang [Brooke Logan] met her long-time beau Dominique Zoida at work. It all started when he was hired to train the CBS people for the Malibu Triathlon in 2013. Katherine wasn’t exactly looking for a relationship, but she found love. Maybe Brooke will stumble upon the right man in the same way.

Unfortunately Brooke’s life hasn’t exactly gone the way she wants over the past several years. In an interview with Soap Opera Digest Katherine divulged that it’s time for Brooke “to get out there and fight for herself.” It really is time for Brooke to stop being a doormat for Bill Spencer [Don Diamont] and Katie Spencer [Heather Tom]. It’s time for Brooke to take control of her life, both personally and professionally.

Related: Vote for Your Favorite “B&B” Performer of the Week!

Katherine doesn’t think Brooke needs a romance in order to survive. As a matter of fact, Katherine believes Brooke has already become a strong woman who has much more going on in her life than flitting from man to man. It’s wonderful for Brooke to be in a relationship, but it really shouldn’t be the entire focus of her life.

Dominique Zoida is the current man in Katherine’s life. They are not only partners in life, they are partners in business. Katherine and Dominique do everything together and are very much in love. However, they are not in a hurry to get married. According to Katherine getting married again scares her because it hasn’t worked for her in the past. However, she and Dominique already feel married in their hearts. In fact, she calls him ‘husband’ and he calls her ‘wife.’

“B&B” fans what do you think will happen next for Brooke Logan? Katherine Kelly Lang seems to have figured out how to balance work and romance. Do you think Brooke can do the same?

‘The Young And The Restless’ Spoilers: Adam Makes Secret CEO Pact with Victor – Will It Cost Him Chelsea’s Love?

‘General Hospital’ Spoilers: Dr Lee Back at GH – Nina Undergoes Fertility Testing – Can She Have a Baby?