‘The Bold And The Beautiful’ Interview: Bradley Bell Sounds Off On Controversial Caroline And Thomas Hook-Up 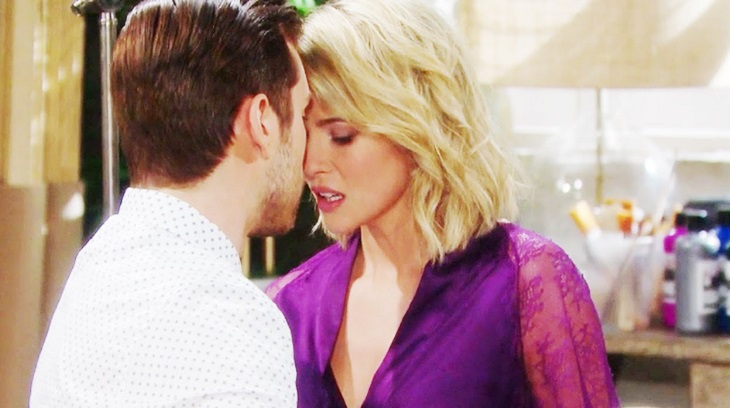 “The Bold and the Beautiful” (B&B) head writer, Bradley Bell sat down with the TV Insider and spoke at length about Caroline (Linsey Godfrey) and Thomas (Pierson Fode) Forrester’s sex scene that could be interpreted as rape.  It has been a hot topic on many blogs and social media platforms, and the fans seem divided about the issue.

Last fall, Caroline was upset about her marriage being over when Ridge Forrester (Thorsten Kaye) told her that he couldn’t have any more children.  She was heartbroken because she loved Ridge with her whole heart. Devastated, she goes to a friend (Thomas) for comfort. Caroline had hoped that he would have words of wisdom for her. Instead, he tried to woo her to his side and felt that she wanted to make love to him.

The fans watched in horror as it was apparent that Caroline had not only taken a sedative but was drinking wine. She was not thinking clearly, and could not make the decision to make love to Thomas. He took her silence as a yes, when everyone knows that she would have never agreed to have sex with him in normal circumstances.

“We were careful to write it so that the audience knew Caroline had taken a pill and was a bit out of it, but Thomas did not know about that pill. Caroline was kissing him back. It was very much a give and take. Thomas thought the sex with Caroline was entirely consensual and beautiful and that it was the culmination of their love for one another. He didn’t know what the audience knew. He was shocked the next morning when she woke up to have this adverse reaction,” Brad Bell said of the controversial scene.

Brad explained that in his eyes and the opinion of the writing team Caroline was NOT raped, it was a misunderstanding. They created the scene for the viewers to draw their own conclusions to whether she was raped or if it was consensual. The bottom line is Thomas isn’t the type to rape someone so he really believed Caroline agreed to have sex with him, and it was a beautiful experience (for both of them).

The writing team wanted Douglas’ birth to be a turning point for Thomas’ character. He felt a connection to the baby in a way he couldn’t explain, then finds out Douglas is his son. He loves Douglas and wants to make sure he is happy and healthy.

Many fans cannot get over how horrified Caroline was after the night of passion. Part of her reaction was due to her feeling violated by him, which screams she felt “raped.”  Even though she felt violated, Bell insisted that it wasn’t Thomas’ intent, and when he realized she felt sorry about their night together—he was extremely apologetic.

Brad Bell revealed that they would not show that Caroline was raped by Thomas. That is not the story they decided to go with; rather they will focus on the fact that Ridge tried to steal his own son’s child from him. “That is the story we decided to go with for this storyline,” Bradley Bell stated.

Are you surprised by Brad Bell’s perspective on the storyline?