‘The Bold And The Beautiful’ Interview: Ashleigh Brewer Dishes On Adapting To Life As An American After Leaving Australia 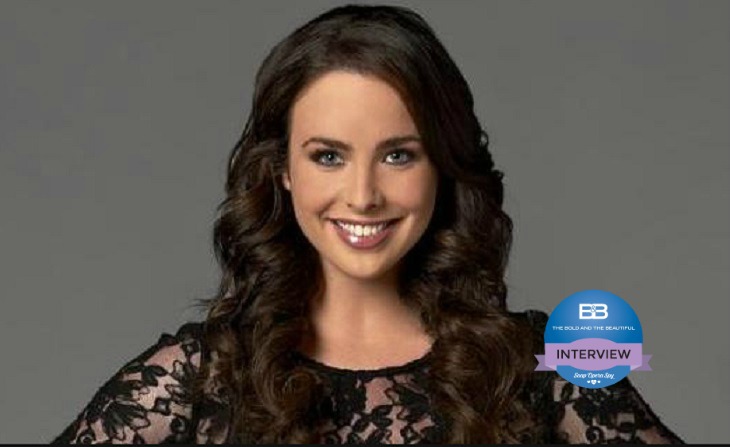 “The Bold and the Beautiful” star Ashleigh Brewer [Ivy Forrester] reveals that adapting to American culture wasn’t as difficult as you may think. Apparently Aussies are already familiar with the American way of life…and can’t get enough.

In an interview in the most recent edition of CBS Soaps In Depth, Ashleigh revealed that American television and magazines are fairly commonplace in her native country. Believe it or not, and we’re not sure why we wouldn’t! – Australia isn’t all outback and barren lands. Nope, Ashleigh divulged, “We have as much ‘American culture’ as you guys do here!”

Related: Is This The End Of Bill And Katie – Or Will Katie Forgive Her Husband? Vote Now!

One big difference Ashleigh has noticed? Coffee – coffee Down Under is just better and Ashleigh really does miss the Aussie brew. But the actress has no idea why coffee here and coffee there are so different. If Brewer could figure out that secret she would simply order a cup of Joe made the Aussie way!

Related: Why B&B Should Use “Donna Logan” and “Carter Walton” More

“B&B” fans can you shed any light on this Aussie coffee mystery? After all, Americans enjoy a variety of coffees from around the world. We also have so many ways to make coffee! Regular coffee pots, single brew machines, espresso makers, French press. And yet we still can’t seem to find the secret?

If you have a suggestion or an idea for Ashleigh Brewer why not share it? “The Bold and the Beautiful” coffee aficionados would probably like to know too!

‘The Bold And The Beautiful’ Poll: Is This The End Of Bill And Katie – Or Will Katie Forgive Her Husband? Vote Now!