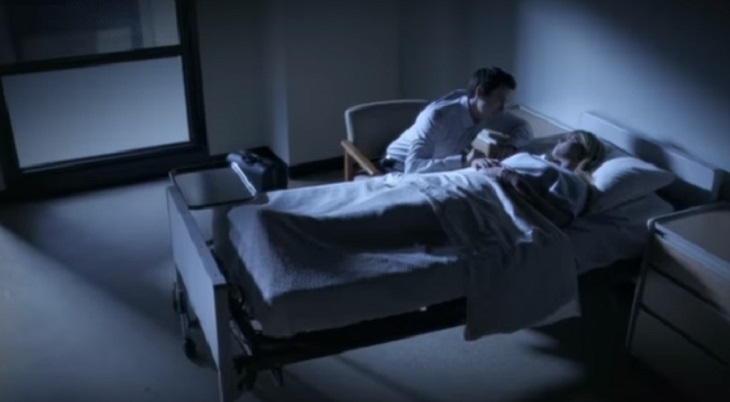 ‘Pretty Little Liars’ Season 7 spoilers tease that on Tuesday July 5 an all new episode of ‘PLL’ will air on Freeform, Episode 3 is appropriately titled “The Talented Mr. Rollins.”  According to ‘Pretty Little Liars’ 2016 spoilers, Episode 3 will be full of more drama and exciting revelations, and fans won’t want to miss a single second.

Episode 3 spoilers indicate that Hanna, Emily, Aria, and Spencer spring on to action and devise a plan to rescue Alison from the mental hospital.  It’s clear to everyone that Elliot Rollins is up to no good, and not only is Alison a sitting duck for Uber A, but her less than concerned husband has plan of his own for Ali.

According to ‘PLL’ spoilers in the official Episode 3 synopsis, the liars put their plan in to motion spring Alison from the hospital, but they “make a deadly mistake that changes everything.”  In Rosewood, pretty much everything is a “deadly mistake” these days, so in that aspect the summary is pretty vague.  Could the liars lose one of their own?  Could this be why they were digging a grave in the first few minutes of the Season 7 premiere?

In the all new ‘Pretty Little Liars’ Episode 3 promo video, it looks like the liars are searching Rollins’ house for evidence to prove that he has been drugging Alison.  Meanwhile, Ali seems to be taking matters in to her own hands – the sneak peek shows her attacking Elliot Rollins and then running through the woods in her hospital gown.  And, Elliot is chasing behind her.  A popular theory among ‘PLL’ fans is that the liars may accidentally kill Elliot while trying to rescue Alison.  Could that wind up happening?

Check out the all new ‘Pretty Little Liars’ spoiler video, and let us know what you think in the comments below.  Don’t forget to check Soap Opera Spy for all of your ‘PLL’ Season 7 spoilers and news.

‘The Bold and the Beautiful’ Spoilers: Battle For Forrester Creations – Will Rick Take Down Ridge With Douglas’s Paternity Secret?