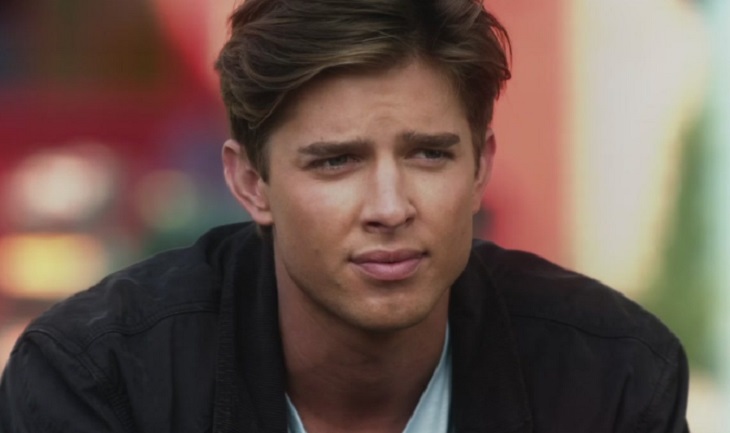 ‘Pretty Little Liars‘ Season 7 spoilers tease that Drew Van Acker is returning in Summer 2016 as Jason DiLaurentis, Alison DiLaurentis’ (Sasha Pieterse) big brother.  According to a report from Entertainment Weekly, Freeform has confirmed that Jason DiLaurentis will make his return to ‘PLL‘ in Episode 7 of Season 7.

‘Pretty Little Liars’ spoilers tease that Season 7 will be packed full of familiar faces that we have not seen in a while.  Drew Van Acker will be joining the growing list of returning ‘PLL’ cast members, which already includes Tammin Sursok as Jenna, and Brant Daugherty as Noel Kahn.

We haven’t seen Jason DiLaurentis since the big ‘PLL’ time jump.  ‘Pretty Little Liars‘ showrunner Marlene King dished to Entertainment Weekly, “There’s going to be a very awkward family dinner with his aunt and his sister.”  It will definitely be interesting to see Jason’s reaction when he learns that his late mother has an evil twin running amuck and wreaking havoc in Rosewood.  Then again, we’re talking about ‘Pretty Little Liars,’ the most twisted show EVER, so Jason may have known about her all along.

Alison DiLaurentis and her big bother Jason have always had a complicated and strained relationship.  But, if Alison ever needed her big bro, now would definitely be that time.  After marrying a psychopath, being haunted by her evil Aunt, and checking in to the mental hospital – Alison could use all of the family support she can get.  The question is, is Jason DiLaurentis a good guy or a bad guy?

So ‘PLL’ fans, are you as excited as we are for Drew Van Acker’s return to Season 7?  Do you think he will be a friend or foe of the liars?  Share your thoughts and theories in the comments below and don’t forget to check Soap Opera Spy for all of your ‘Pretty Little Liars‘ spoilers and news.