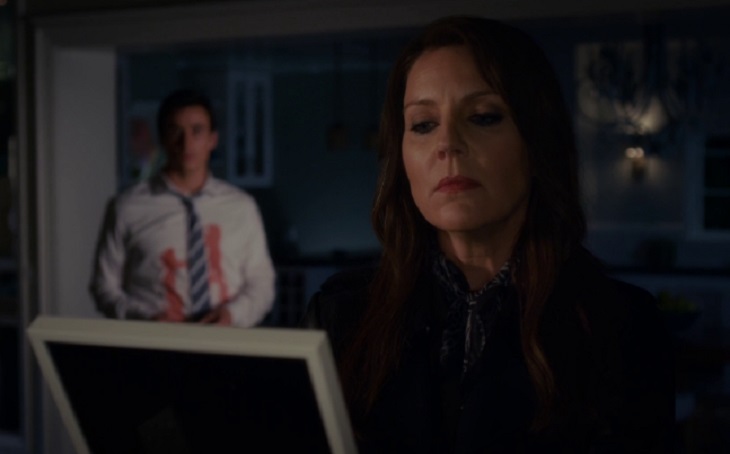 Pretty Little Liars 2016 spoilers tease that “all will be revealed” in Season 7, and by the end of this wild ride, we are supposed to know who Uber A is, and who killed Charlotte DiLaurentis.  Of course, since the Season 7 premiere, PLL fans have been busy on social media searching for clues and churning out Pretty Little Liars theories.

We used to scoff at some of the absurd theories floating around, but after we learned that Cece Drake was really Charles DiLaurentis, who was really Charlotte DiLaurentis, we know that anything is possible in Rosewood.  We collected some of our favorite Season 7 Pretty Little Liars theories below, let us know what you think in the comments!  Could any of them be true? 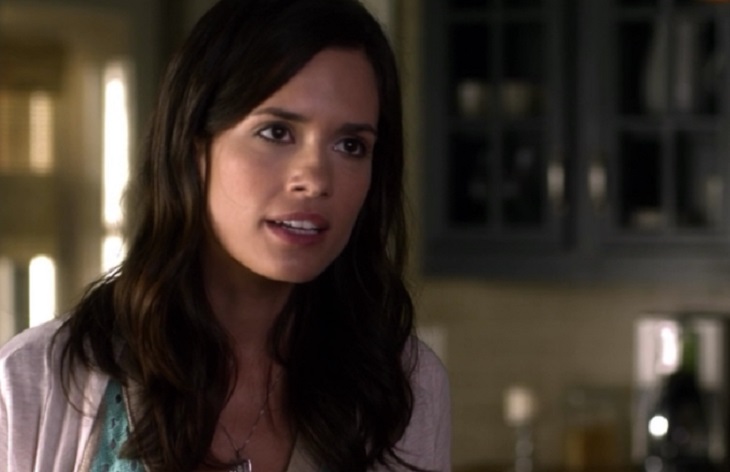 No matter how many times Melissa Hastings proves to be the victim, we still don’t trust her as far as we can throw her.  Something is seriously off with Spencer Hastings’ big sis.  Throughout the years, there has been an underlying animosity between Spencer and Melissa.  We recently learned that Mary Drake and Jessica DiLaurentis had similar feelings towards each other.  Is it possible that the two evil sisters joined forces?  Mary and Melissa both have ties to London, it can’t be a coincidence that Dr. Rollins is British, just like Melissa’s shady boyfriend Wren.  Plus there was that creepy meeting between Spencer and Mary, in which Mary mentioned how much Spencer looked like Melissa.  You also have to admit that it is a bit suspicious that Melissa skipped town right before all hell broke loose in Season 7. 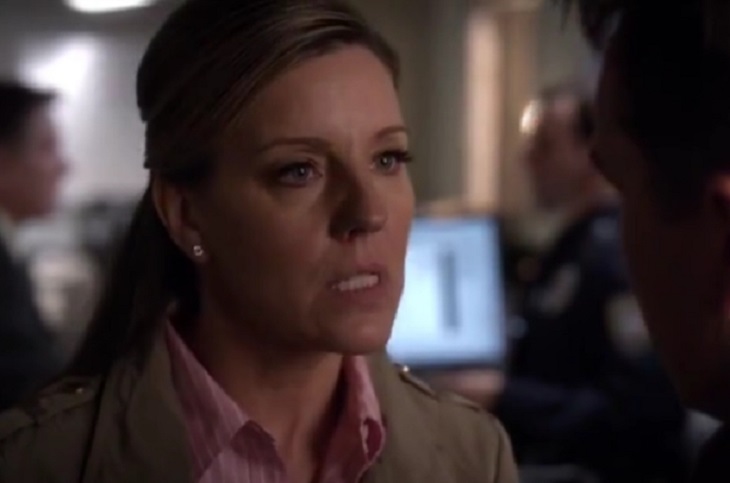 Marlene King and TPTB at Pretty Little Liars teased before the big Mary Drake reveal that they were staying true to the books and there would be a twin, but not who we expected.  As promised a twin turned up, Jessica DiLaurentis’ evil sister Mary Drake.  But, if the writers are REALLY staying true to the books with the twin story, then you know that in the books Ali and her twin Courtney switched places multiple times and continued to steal each other’s lives.  Is it possible that Jessica and Mary are taking a page out of Ali and Courtney’s books (literally) and have been swapping back and forth.  Could Mary really be Jessica?  Or was Mary already posing as Jessica years ago? 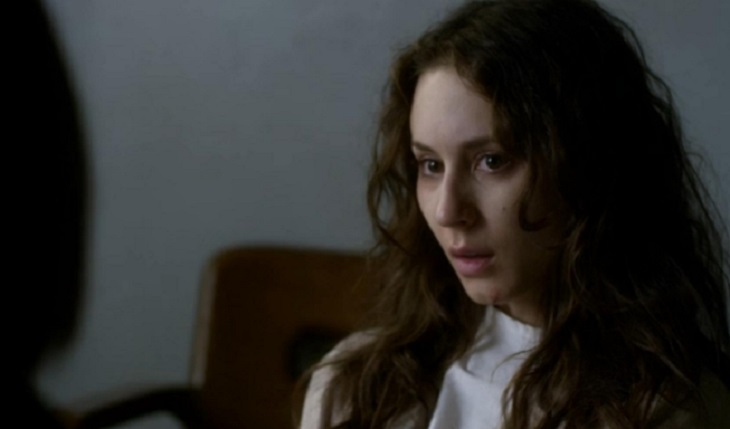 Spencer Hastings Is Uber A

Let’s be honest, Spencer Hastings has all of the qualities of a criminal mastermind.  And, she also has spent a ton of time in Radley, just like previous “A’s” Mona Vanderwaal and Charlotte DiLaurentis.  In a recent interview, promoting Season 7, Marlene King hinted that one of the liars “might” be Uber A.  And, of all the liars – Spencer Hastings fits the bill perfectly.  She has endless cash flow courtesy of a family trust fund, she definitely has the intel, the brains, and to top it off the Hastings Family behind her – how many times have her parents and sister Melissa covered up things for her?  If you want more proof that Spencer might be Uber A, you can check out the insane theory on Teen Vogue. 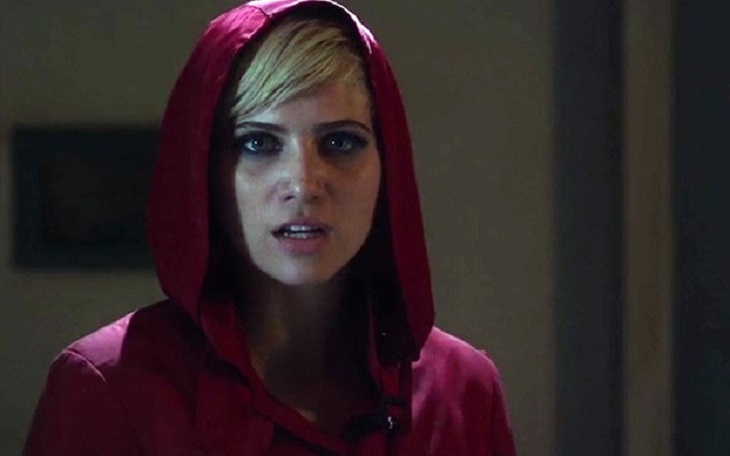 Sara Harvey is by far the most underdeveloped character on Pretty Little Liars at the moment.  Seriously, can we just have an entire episode about the mysterious Sara Harvey, so that we can make some sense of this?  With all of the mystery surrounding PLL newbie Sara Harvey, there are of course a ton of PLL theories floating around about her.  The one that makes the most sense to us is that Sara Harvey might be Charlotte’s sister.  We recently learned that Charlotte was adopted by Jessica DiLaurentis and is actually Alison’s cousin.  Is it possible that Mary Drake had more than one child, and somehow got pregnant with Sara while she was living in Radley?  Sara referenced her mother before, but how do we know she wasn’t adopted too or a foster child?  Being Charlotte’s sister would definitely explain Sara’s bizarre relationship and why she is obsessed with her. 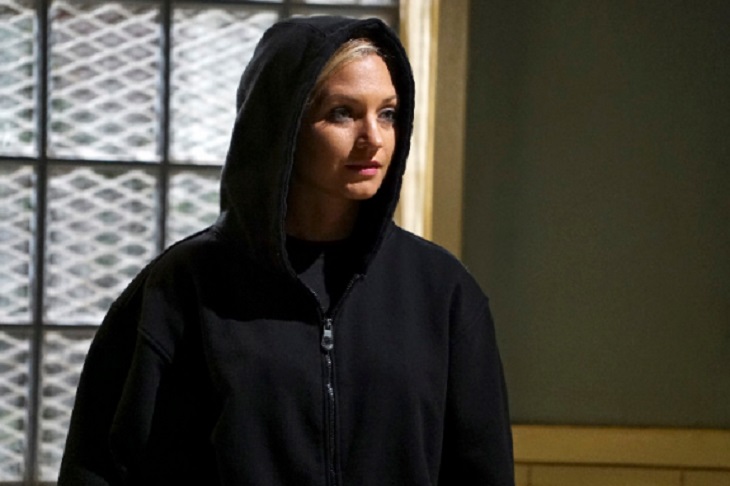 Charlotte Had An Accomplice At The Doll House

Now, this is a theory we can really get behind.  Rumor has it that in Season 7 we will learn that Charlotte had some help kidnapping the liars and holding them hostage and torturing them in the doll house.  And, she paid for her crime (sort of).  But, did someone else get away scot-free?  We know that Sara Harvey wasn’t a victim.  But, could Charlotte and Sara really pull off that elaborate scheme, and building an entire torture house?  Was someone close to the liars working with Charlotte at the doll house?  or could it have even been her mommy dearest, Mary Drake?