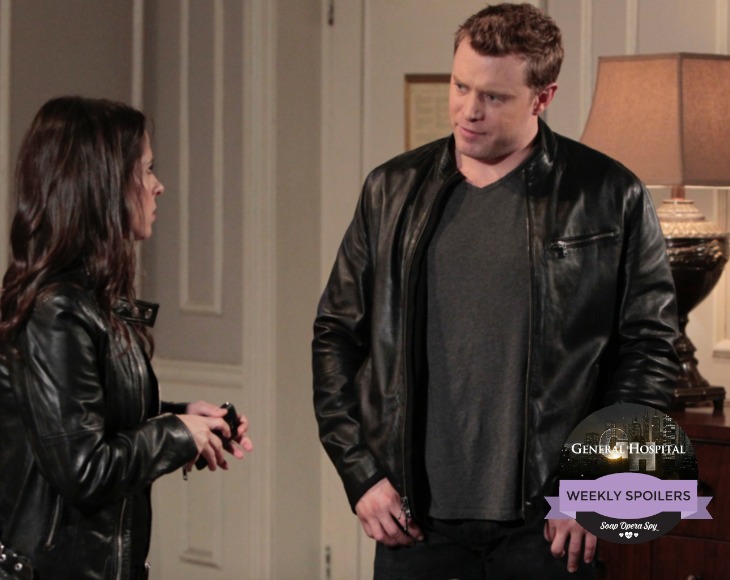 ‘General Hospital’ (GH) spoilers for the week of Monday, July 18 through Friday, July 22 reveal that the drama on Cassadine Island continues to heat up, Julian’s life gets drastically worse, Carly pushes for the kidney truth, and Ric Lansing is back for a short stint.

Early in the week, Theo [James Patrick Stuart] takes violent control of the group of interlopers on Cassadine Island and holds Sam Morgan [Kelly Monaco] at gunpoint. Theo stuns everyone who thought he was a meek fisherman with the ugly truth.

Lucas Jones [Ryan Carnes] cuts Julian Jerome [William deVry] out of his life for his murderous ways even as Julian begs him not to abandon him. Olivia Falconeri [Lisa LoCicero] drops the other shoe on Julian when she tells him he can no longer see little Leo.

Hayden Barnes [Rebecca Budig] turns to Naomi Dreyfus [Robin Riker] and tries to leverage her into getting Hamilton Finn [Michael Easton] the meds he needs. Finn is also pursuing another angle and talks to Sonny Corinthos [Maurice Benard].

You Might Also Like —>  Antonio Sabato, Jr. And ‘The Young And The Restless’ Kimberlin Brown To Speak at Republican Convention

Alexis Davis [Nancy Lee Grahn] gets some startling news this week. Does this have something to do with the pregnancy test that Kristina Corinthos [Lexi Ainsworth] found? Could Alexis be preggers for real? Julian’s health takes a downturn by mid-week.

Nina Clay [Michelle Stafford] surprises Curtis Ashford [Donnell Turner] by asking him to drop the investigation into Claudette Bolland [Bree Williamson]. Is that at the request of Nathan West [Ryan Paevey] so that Curtis doesn’t discover the shooting?

Ric Lansing [Rick Hearst] is back for a quick visit and offers some advice to Liz Webber [Rebecca Herbst]. Will Ric find out that Liz is getting closer to Franco [Roger Howarth]? Also getting closer are Sabrina Santiago [Teresa Castillo] and Michael Quartermaine [Chad Duell] but they face obstacles.

Parker Forsyth [Ashley Johnson] is back in Port Charles and Kristina drops by her hotel room and surprises her. Turns out Parker has also been thinking about Kristina. Will this encounter mess up Kristina’s new relationship with Aaron Roland [John DeLuca]?

Lucy Coe [Lynn Herring] is back this week and starts making trouble for Franco. Finn and Sonny will come to terms later in the week. Carly Corinthos [Laura Wright] keeps pushing for kidney info and pursues a lead she gets.

Franco makes an offer of a gift that Liz decides to decline. Sonny has bad timing this week. On Cassadine Island, by the end of the week, Ava Jerome [Maura West] tries to ingratiate herself to Theo, aka Valentin, to save her own skin.

Lulu Spencer [Emme Rylan] will make a horrifying discovery on the island as things get more tense and one life among the group is in danger. Theo exposes his real identity and shocks those he’s imprisoned while Laura Spencer [Genie Francis] loses her temper with him.

All this happening the week of Monday, July 18 through Friday, July 22 on GH. After you watch the ABC soap every day, tune in to Soap Opera Spy for more General Hospital spoilers and news.