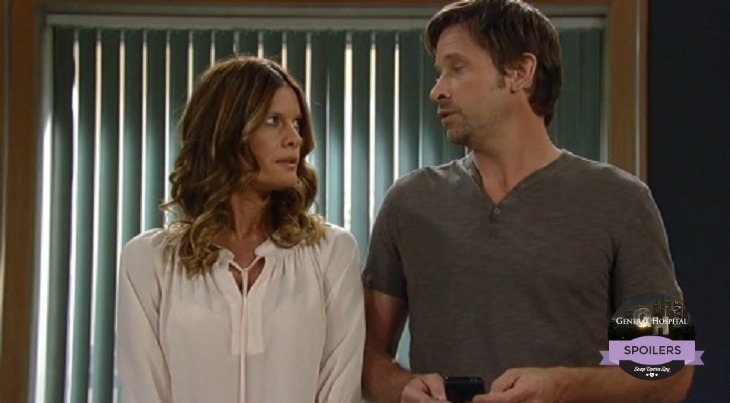 “General Hospital” (GH) spoilers show more conflict brewing between one of Port Charles’s newest power couples, Nina (Michelle Stafford) and Franco (Roger Howarth). According to April’s Soap Opera Digest, Nina’s fertility results do not come back as she had hoped. It looks as if, even though cousin Britt (formally Kelly Thiebaud) gave everyone plenty of reasons not to trust her, she unfortunately got this one right. Nina is in early menopause.

With this confirmation, any hope Nina had of having a biological child is gone. Not only is she left to deal with her own dying hopes of becoming a mother, she must now explain to Franco that she went behind his back and proceeded with the testing without his knowledge.

Despite his attempt at compassion, Franco seems to continue to overlook the importance of this issue to the couple’s vitality. He can’t understand that becoming a mother is more than Nina’s biological clock, it is the last step in regaining the life that was stolen from her all those years ago.

Immediately noticing Nina’s devastation, Franco attempts to console his other half. His words of comfort however fall on deaf ears. It looks like Nina finds Franco’s words more self serving then genuine. Let’s face it, Franco never sugar coated the fact he did not want a child.  How could he possibly understand the impact of such devastating news?

When the conversation turns to fighting, a well intentioned Franco could succeed in pushing Nina away for good. Nina storms off and is not too happy with Franco. Luckily spoilers also indicate this is not the couples last attempt to resolve this looming brick wall, but there is no doubt it is taking its toll.

Related: Finola Hughes To Appear On Cooking Show ‘Dish It Out’ – Details Here!

Will Nina and Franco be able to move passed this one issue in an otherwise whirlwind romance? If they don’t find a way to communicate soon, will this drive Nina deeper into her work at Crimson, leaving her emotionally unavailable or leave Franco seeking more of Liz’s (Rebecca Herbst) attention?

If in fact a breakup is pending, will Nina and Franco’s fragile grasp on reality be able to withstand the loss? If not, who will be there too pick them up this time?  Do you want to see Franco and Nina stay together?  Vote in the poll below and let us know what you think!