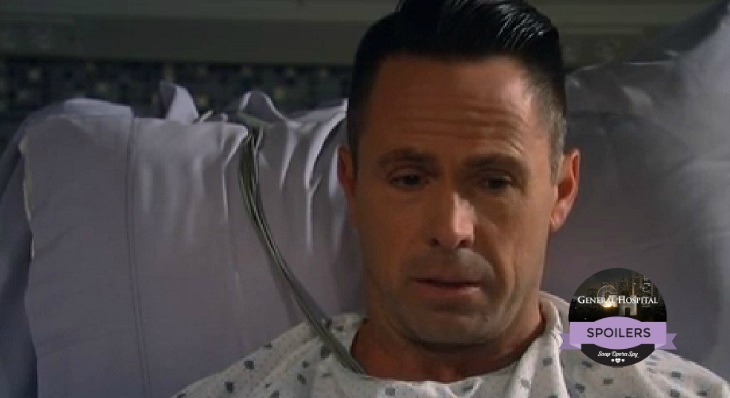 ‘General Hospital’ (GH) spoilers for Monday, July 18 reveal that chaos reigns on Cassadine Island, Finn wants a deal with Sonny, Lucas stuns his father Julian, Kristina stages a confrontation, Naomi is back in Port Charles and Hayden wants her help.

Hamilton Finn [Michael Easton] talks to Sonny Corinthos [Maurice Benard] about something he needs. Will Finn ask the Port Charles mobster to get him his drugs rather than allow Hayden Barnes [Rebecca Budig] or Tracy Quartermaine [Jane Elliot] to risk themselves for him?

Naomi Dreyfus [Robin Riker] is back in Port Chuck on Monday and GH spoilers reveal that Hayden and Tracy talk to the ex-Mrs Berlin about her illegal drug connections to see if she can help out Finn. But Naomi won’t do anything for free.

Over at GH, Lucas Jones [Ryan Carnes] comes to see Julian Jerome [William deVry] to confront him on all of his terrible choices. Lucas is appalled that his father killed Carlos in cold blood and also tried to murder Alexis Davis [Nancy Lee Grahn].

Julian begs Lucas not to turn his back on him but Lucas tells his dad that he’s nothing to him. In coming days, Olivia Falconeri [Lisa LoCicero] will also take Leo away from Julian and he’ll be left childless and alone while languishing at GH.

Kristina Corinthos [Lexi Ainsworth] confronts Alexis and Molly Lansing [Haley Pullos] about a pregnancy test box she found in the bathroom. It looks like the same test that Julian gave to Alexis to take and we recently saw Alexis staring at her calendar.

Is there more to this story than meets the eye? Could Alexis be carrying a menopause baby? On Cassadine Island, things are heating up as Theo [James Patrick Stuart] takes control of the assembled group at gunpoint and brings his henchmen in to subdue them.

Be sure to watch the Monday, July 18 episode and tune in to Soap Opera Spy for more General Hospital spoilers and news.

‘The Young and the Restless’ Spoilers Monday July 18: Adam Pleads Guilty, Gets 30 Years – Chelsea Pulls Scalpel on Victor, Vows To Save Adam