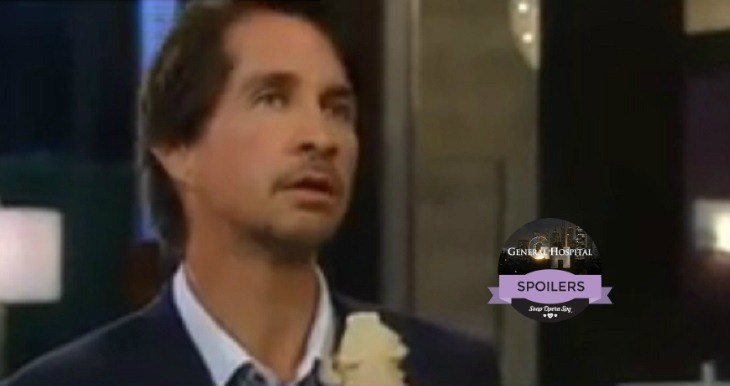 General Hospital (GH) spoilers for Monday, August 1 tease that Jason may be in danger after the plane crash, Liz is frightened on her first date, Jordan has results in the serial killer case, Nina meets with Curtis, and Jax returns to take on Carly.

The airplane crash in Greece has happened and the others seem to be together but Jason Morgan [Billy Miller] is nowhere to be seen and Ava Jerome [Maura West] tells Dante Falconeri [Dominic Zamprogna] and Sam Morgan [Kelly Monaco] that Jason must be dead.

No doubt the group won’t like Ava’s prediction of Jason’s demise, but we know he’s come back from worse. Did Kevin Collins [Jon Lindström] survive the crash since he was already looking so rough before the plane went down? Is everyone else okay?

Liz Webber [Rebecca Herbst] seems creeped out since Franco [Roger Howarth] took her to his art studio and locked the door behind them and chained it. Liz asks Franco what he wants with her. It sure looks dangerous, but maybe Franco just wants another kiss…

Jordan Ashford [Vinessa Antoine] and Valerie Spencer [Brytni Sarpy] get the lab report back on the drug vial that Val found in Franco’s pocket. Turns out only Franco’s prints are on it, but that should be no surprise to GH viewers since the killer always wears surgical gloves.

Nina Clay [Michelle Stafford] and Curtis Ashford [Donnell Turner] have a serious talk and he asks her what she wants him to do. Is this about the kidney mystery that must now proceed on the sly since Josslyn Jacks [Eden McCoy] asked her mom to back down?

Related: Claudette Turns Up The Charm While Stranded With Nathan – Will Maxie Forgive Her Fiance?

Also, Curtis will reportedly ask Nina some questions about Franco since he’s still interested in the GH serial killer case despite Jordan discouraging him on this front. Also, Jordan asks Andre Maddox [Anthony Montgomery] to step into the GH killer case and help out.

Jasper Jacks [Ingo Rademacher] is back in town and runs into Hamilton Finn [Michael Easton] at the MetroCourt. Finn has service lizard Roxy with him and Jax remarks that the lizard looks to be in love with Finn. Since both Jax and Roxy are from Down Under, will they bond?

Be sure to watch the Monday, August 1 episode and tune into Soap Opera Spy for more General Hospital spoilers and news.