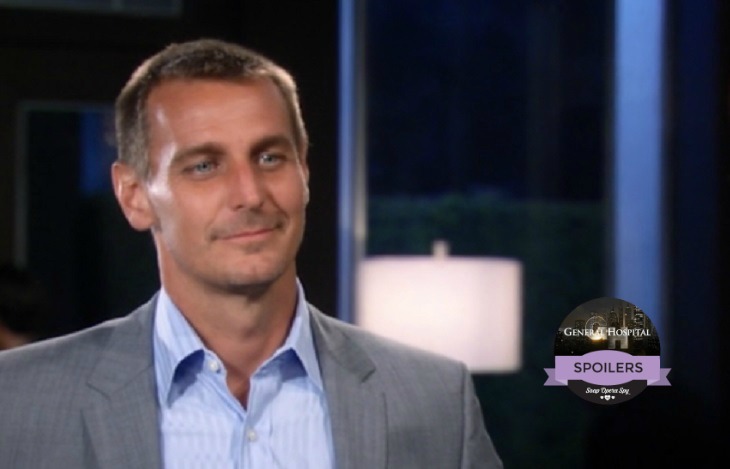 ‘General Hospital’ spoilers tease that there could be a more permanent return for Jasper ‘Jax’ Jacks [Ingo Rademacher] in the future. Josslyn Jacks [Eden McCoy] daddy can’t stay away forever.

Rademacher keeps in touch with the team at ‘GH’ and tries to coordinate filming whenever he is in Los Angeles on business. The actor has previously revealed he is always open to future storylines on the daytime drama.

Usually Sonny Corinthos [Maurice Benard] can handle any trouble Carly Corinthos [Laura Wright] gets into. But sometimes ex-husband Jax has to step in on behalf of Josslyn. That’s why ‘GH’ fans probably haven’t seen the last of Jax.

During the ‘General Hospital’ Fan Club Weekend, Laura Wright gushed how much fun it was to have Rademacher back on-set. As a matter of fact, Wright said, it was almost as if he had never left – everyone got right back into the groove within seconds of his return.

Sadly, Jax is leaving Port Charles on Monday, August 15. Rademacher is headed back to Hawaii where he and his wife own Mahiku Activewear. The clothing company is expanding to include a full active lifestyle line.

The entrepreneur/actor and his wife have considered moving their base of operation to Los Angeles. That would certainly be convenient. Rademacher could bring Jasper ‘Jax’ Jacks back to Port Charles on a more regular basis. Hopefully there Jax won’t disappear for another three years!

‘Days Of Our Lives’ Exclusive Interview: Patsy Pease Dishes On Kim Donovan’s Return To ‘DOOL,’ The Bay,’ And Her New Book!